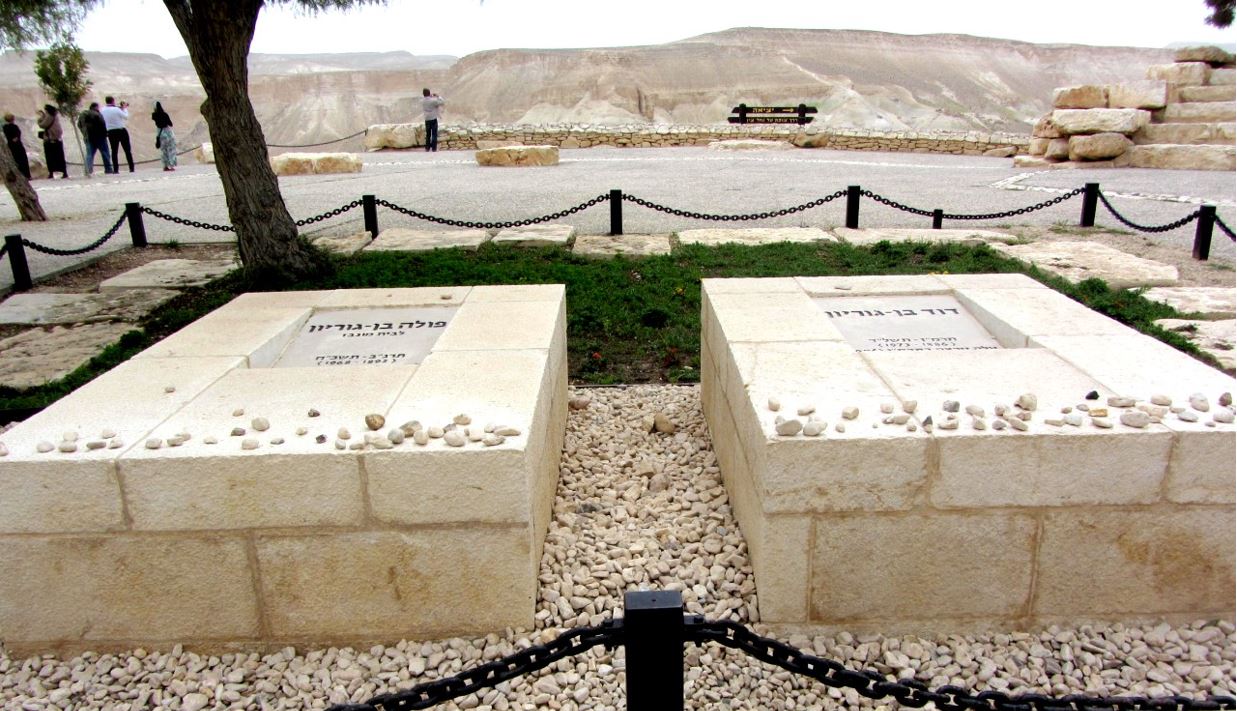 In kibbutz Sde Boker, in the heart of the Negev Desert is the tomb of Ben Gurion, Israel’s first Prime Minister and the country’s founding father. Ben Gurion joined the kibbutz after his retirement and his final wish was to be buried here. Today Ben Gurion’s former home and tomb are part of the Ben Gurion Tomb National Park.

Who Was Ben Gurion?

David Ben Gurion (1886-1973) was born David Grun in Plonsk, Poland. He became involved in Zionist politics and eventually left Poland for Palestine in 1906. He lived a courageous life, never losing focus on the goal of a Jewish state.

During a trip to the US to promote the Zionist cause, he met and married Paula Munweis. They returned to Palestine and went on to have three children. Ben Gurion was at the forefront of the struggle for an independent Jewish state and headed the Jewish Agency and the World Zionist Organization.

In 1948, Ben Gurion declared the establishment of the State of Israel and became the country’s first Prime Minister. He was the first to sign the Israeli Declaration of Independence, which he helped to write. Ben Gurion held the position of Prime Minister until 1963 (apart from a brief time in 1954-55) and retired from political life in 1970.

One of Ben Gurion’s greatest dreams was to bring settlers to the Negev Desert and make the desert bloom. Ben Gurion led by example and in 1963 moved to Kibbutz Sde Boker. David and Paula spent their golden years on the kibbutz, living a frugal, simple lifestyle, unlike other politicians. It was here that Ben Gurion worked on his 11-volume early history of Israel.

When his beloved wife passed away in 1968, Ben Gurion buried her not far from the kibbutz, surrounded by the pristine desert landscape and looking out over the land she loved. Ben Gurion continued to live on the kibbutz until his death in 1973. According to his final wishes, he was laid to rest alongside his wife rather than being buried in Jerusalem.

What You Can See at Ben Gurion’s Tomb National Park

Visitors’ Center - At the visitors center, you can see an exhibition that highlights major events in Ben Gurion’s life and political career. Ben Gurion’s Hut - Tour the modest wooden hut that Ben Gurion called home. It has been preserved in its original condition as Ben Gurion requested.

The hut still holds Ben Gurion’s original furniture from the 1960s, and you can see his kitchen, bedroom, and a library full of Ben Gurion’s books. Ben Gurion’s Tomb - The tomb is located about 2 miles from the kibbutz, on a cliff overlooking the Tzin Stream and the Negev. Today the modest gravesite is behind Ben Gurion College.

To visit the graves of David and Paula Ben Gurion, join Masada and the Dead Sea Private Tour. 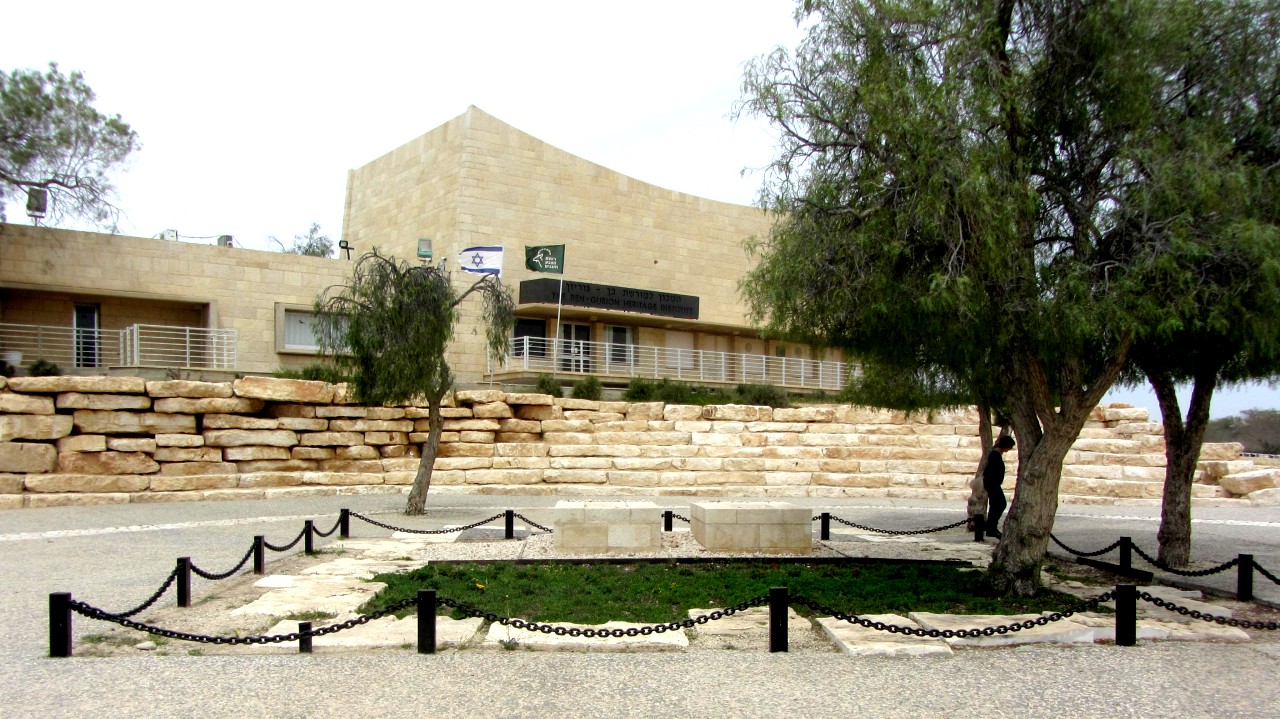