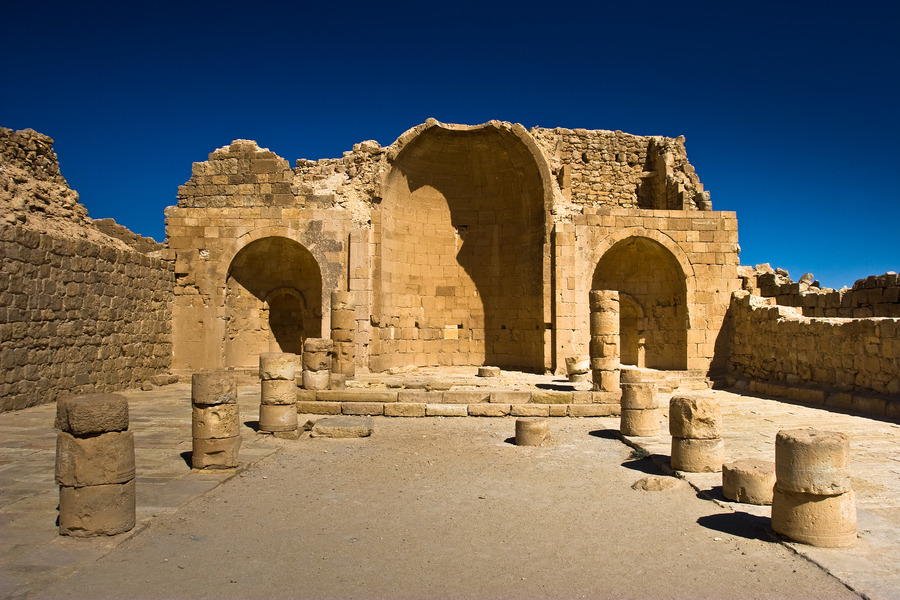 The Shivta National Park encompasses the remains of a Byzantine city in the Negev Desert, in southern Israel just 43km from Beersheba. The Nabataean cities of Avdat, Mamshit, and Shivta along the ancient Incense Route have UNESCO World Heritage status.

The Shivta National Park contains excavated remains from several periods. The Nabataeans established cities along the Incense Route from Arabia to Europe to service merchant caravans that passed through. Most of the homes uncovered at Shivta were built in the 4th-5th centuries. Christianity spread across the Levant and the Romans were replaced by Byzantines.

As trade routes changed, and sea routes opened up, Shivta became less prosperous and trade along the old Incense Route declined. The people turned to farming and the Shivta economy became agriculturally based. The 2,000 residents would provide services and provisions to passing pilgrims and they supplied the monasteries of the Negev. The Muslim conquest in the 7th-century was the beginning of the end for Shivta. And by the 9th-century the city was abandoned.

Highlights of the Ancient City of Shivta

Nabataean farmlands with irrigation can be seen adjacent to the archaeological remains. And the reconstructed orchard brings to life an ancient farm complete with fruit and nut trees. Roman remains from the 1st century BC can be seen in the southern part of the site. Byzantine structures at Shivta include a large church and two smaller ones as well as wine presses, and homes.

The Southern Church was built over a Nabataean ritual building. You can still see remains of the church columns, paving, apses, and baptistry. The Northern Church would have been the largest of the three. The walls have survived to a height of 10-meters and there is an atrium that enters into a large prayer hall.

The Governor’s House was a private residence with a tower that would have been 12-meters high, but only 6-meters have survived. This structure would have had three stories. The Muslim-Era Mosque consisted of a hall with two rows of columns, each with three columns. The Western Gate formed the main entrance to the city.

The city of Shivta was not surrounded by defensive walls like other ancient cities. But the houses on the city limits were built in a continuous row which formed a city wall. The Stable House is an excavated residence built around an inner courtyard. The Pool House stands near where Shivta’s public pools would have been. The walls were 70cm thick, and the house had a cistern, courtyard, stone-carved decoration, and other interesting features.

The Northern City Square would have been the hub of social and commercial activity. The Vaulted House has a preserved stone slab roof with stone vaults. Columbaria stands on the edge of the city. It consists of stone towers that rise 8-10m. Here pigeons were bred for food, messaging, and for the collection of the droppings to be used to improve the soil. 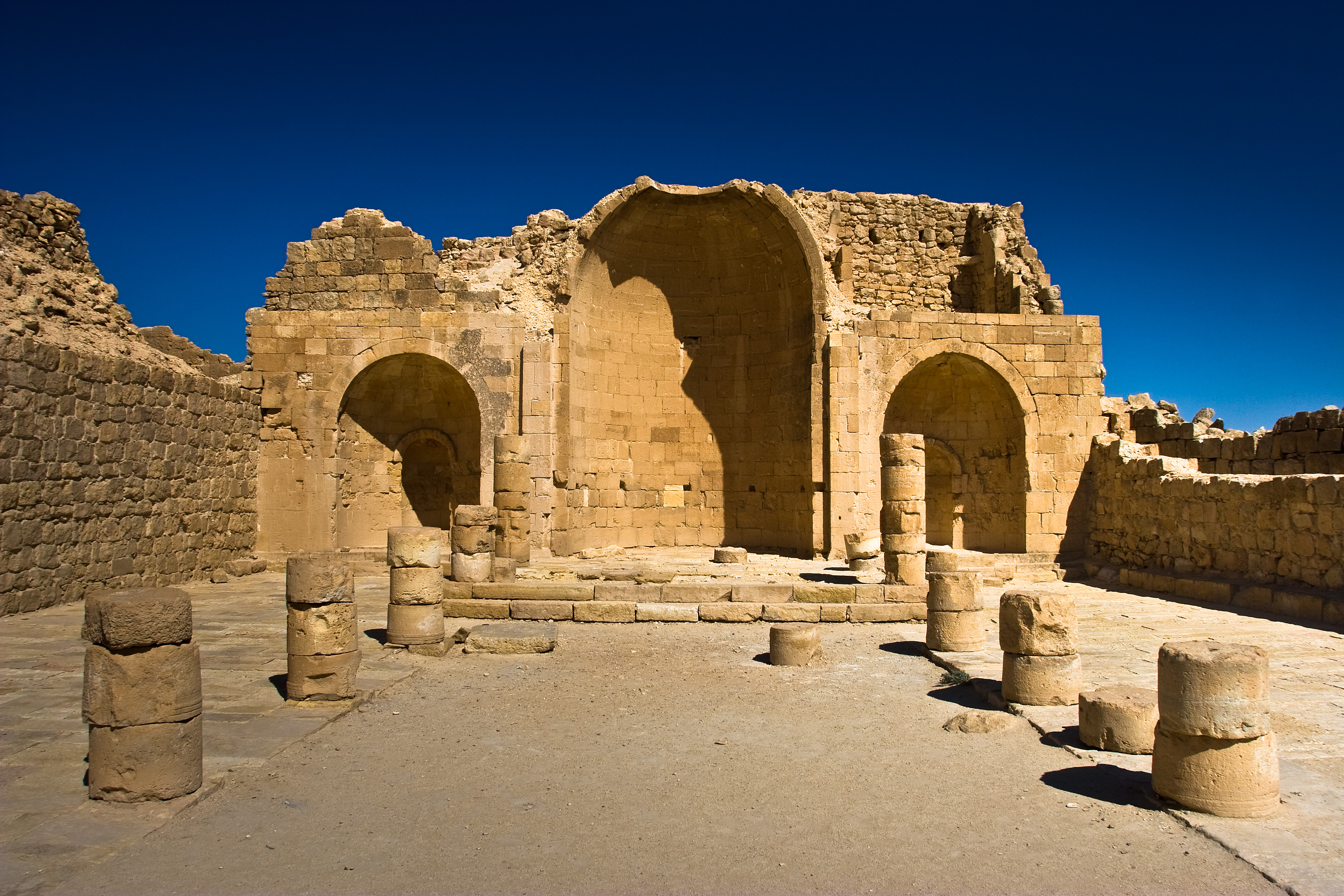