The ancient incense route ran from Yemen, Oman, Somalia and Arabia through Jordan to the Mediterranean Sea port of Gaza, Palestine, covering 1,800 km and passing through 56 stops along the way. The stretch of this route which goes through southern Israel is 100 km long from Moa on the Jordanian border to Halutz. This ancient route through four towns in the Negev – Avdat, Halutz, Mamshit and Shivta; four fortresses – Kazra, Nekarot, Makhmal and Grafor and two caravanserais – Moa and Saharonim was deemed of outstanding universal importance by UNESCO in 2005. The remains offer evidence of the sophisticated engineering, knowledge of agriculture and irrigation used to settle this challenging environment to facilitate trade. 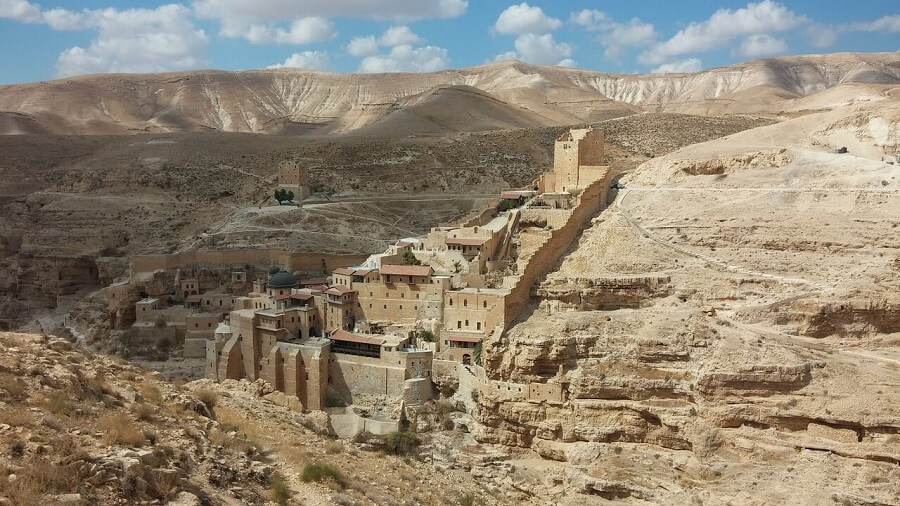 Starting in the 3rd century BC and continuing for 700 years the Nabataean people traveled in large caravans from Petra in Jordan, across the burning desert to bring the precious incense and spices to the west. They managed to conquer the harsh desert and bring luxury goods from the Arabian Peninsula to the Hellenistic-Roman world.

Their cargo included Myrrh, salt, spices, perfumes, and their most valuable item – Frankincense, which was used in large quantities by the Romans as incense, medicine, and in cosmetics. However along with trade goods came an exchanging of ideas and interaction between different nations, this is another reason the route was so valuable.

Towns, forts, and caravanserai were established as rest points along the route; as support for the Nabataean population who settled the rough land, and as a way to monitor, secure and defend the route. The innovative town planning involved in creating towns like Avdat is apparent in the surrounding pastoral landscape, field system, and water system with cisterns, dams, and reservoirs.

This is another testimony to the power of the Nabataean culture and economy. Due to the challenging desert environment, there has been little damaging modern development on these ancient sites and fossilized landscapes. The settlements have, to a large extent, managed to retain their authenticity and integrity since being abandoned after the Arab conquest in 636AD.

Thankfully all of the sites are state-owned and protected within national parks or nature reserves.
In Moa on the Jordanian border, there are the ruins of an inn, storerooms, a guard post, and an aqueduct. In Mamshit are the remains of an inn, churches, a bathhouse, and parts of the ancient town’s sophisticated water system.

Avdat was perhaps the largest Nabataean settlement along the incense route. Here you can see the remains of a sophisticated bathhouse and steam rooms, a fortress, burial caves, a deep well, a Nabataean shrine, and a furnace. Shivta was a much smaller settlement and here you can still see evidence of the water system, oil presses, and several churches. Halutz was the last town before the caravans headed towards their final stop in Gaza port and here you can see the ruins of a theatre and a church.