If you’re visiting Israel after the long hot summer months (which, by the way, is a wonderful time of year to be in the country, climate-wise) you may be around for a very special event - the Jewish New Year. Israel is home to three major world religions - Christianity, Judaism, and Islam. All of them have their own festivals and celebrations but for Jews, this is one of the biggest. The Jewish New Year, Rosh Hashanah, is the first of a number of holidays that are often called ‘the High Holy Days’ (‘Yamim Noraim’ in Hebrew). 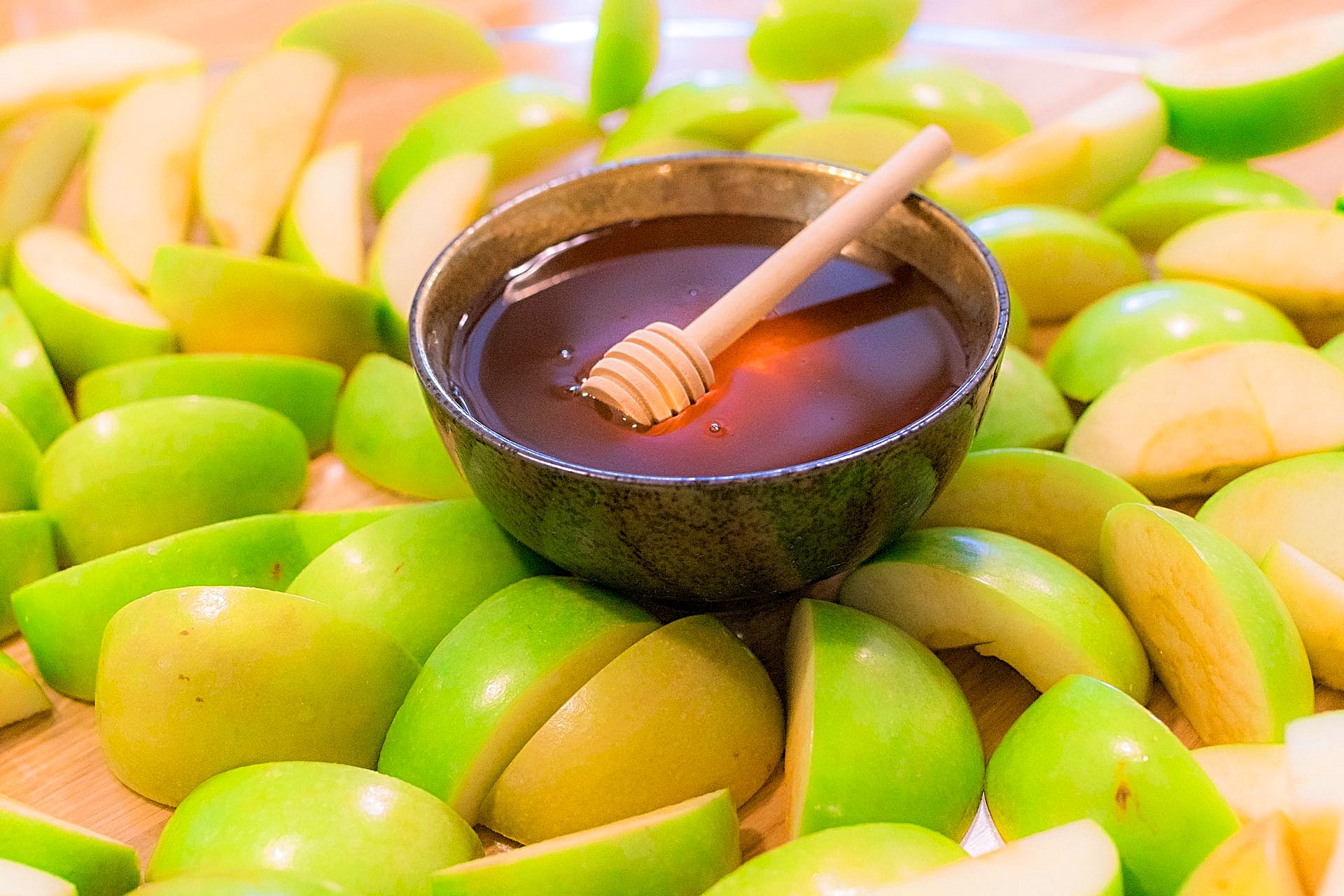 This year, the Islamic New Year (which runs according to a Muslim lunar calendar) took place at the end of July. The Christian New Year is always on 1st January. But this Jewish festival always comes about in the Fall. Why that is (and many other questions) we’ll be answering below in a brief guide to the whats, wheres, and hows of this special holiday!

The fact is that whatever your background, and whether you believe in God or not, Israel is a fascinating place to be at these times of the year. Christians flock to Israel at Easter, Muslims regard Ramadan as sacred and for Jews, Rosh Hashanah is a chance to catch up with those close to them, as well as enjoy good food, wear some new clothes, and generally look forward instead of back.

In case you’re invited to someone’s home, or get chatting with a local, here are a few pointers for you. Enjoy! What is the name of the Jewish New Year in Hebrew? Its name is Rosh Hashanah which, in the Hebrew language, means ‘Head of the Year’ or ‘First of the Year’.

Why do Jews celebrate their New Year in September or October?

This is a good question and one that is often asked!  Well, all Jewish festivals and holidays are set according to the Hebrew calendar. The first day of this calendar is the 1st Tishrei - it begins on the day of the new moon which can be seen around 354 years after the 1st Tishrei of the previous year. This is why the Gregorian date for this Jewish holiday is different every year. 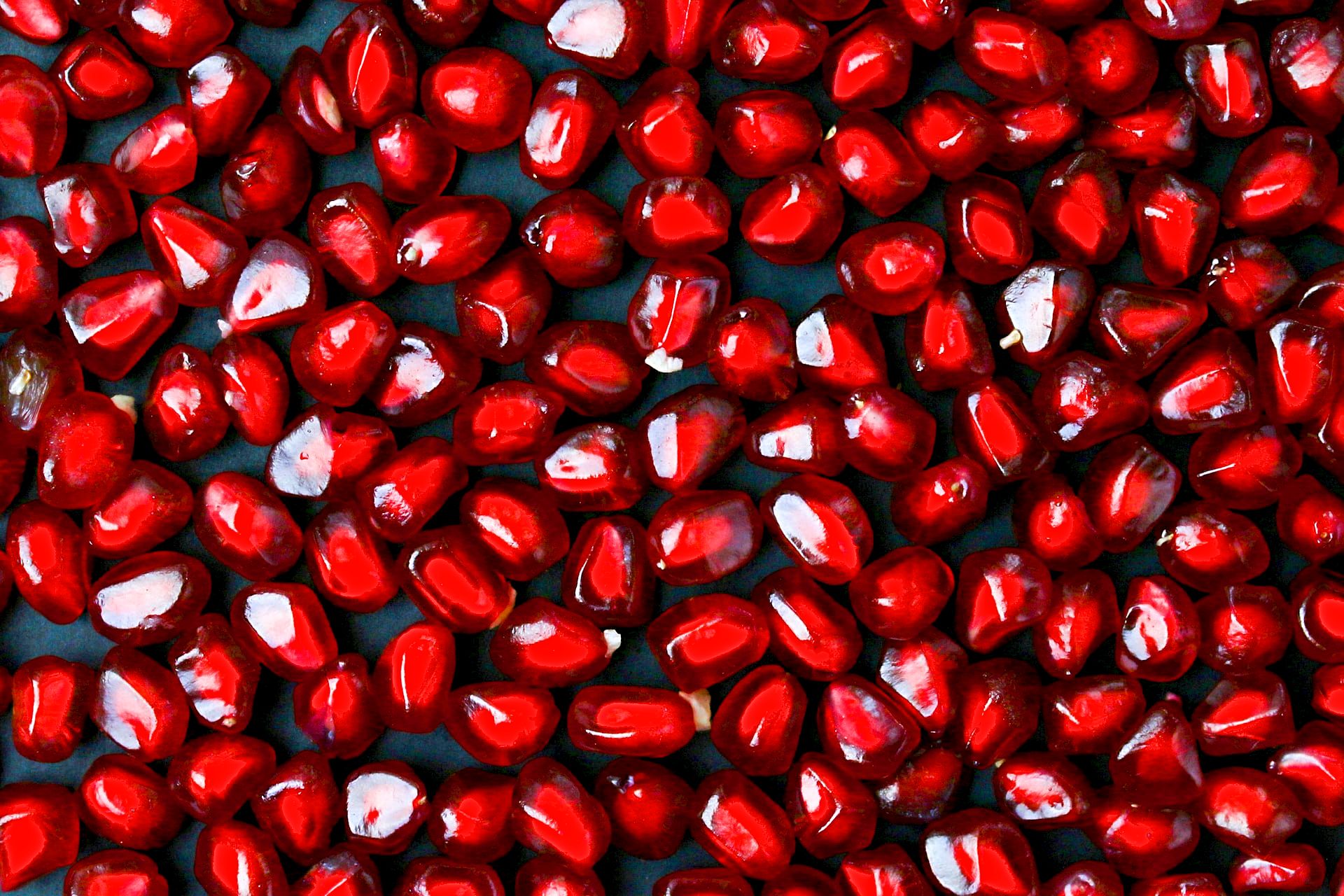 How old is the world, according to the Jewish faith?

If you estimate things according to the Jewish faith, the world is currently in the sixth millennium. Jews and Israelis start counting the beginning of time in the year 3761 BCE. Why? Because of an incredibly important Jewish philosopher named Maimonides, who lived in Egypt hundreds of years ago. Amongst his many writings, he established this as the biblical date of creation.

When is the Jewish New Year in 2022?  And how long do the celebrations last?

This year the Jewish New Year begins on the evening of Sunday 25th September and lasts for two days. In Israel, almost all stores will be closed, as well as street markets. It’s also important to know that public transport will also come to a halt, so if you don’t want to stay in one place for these 48 hours you could look into car rental, which is surprisingly affordable. If you are in Tel Aviv, however, you are in luck because it’s a more liberal and secular city. You’re likely to find coffee shops open during the day and even a few Tel Aviv restaurants open at night.

How do I say ‘Happy New Year’ in Hebrew?

Traditionally, there are two ways of addressing someone with this greeting. The first is ‘Shanah tovah’ (‘Good year’) but, if you want to be more formal, then you can say ‘L’Shanah tovah tikatevu’ (‘May you be inscribed for a good year’). It’s also popular to say to people in Israel ‘Shanah tova u’metuka’ (‘a good and sweet new year’). In Yiddish, which is a language spoken by some religious Jews, you might hear ‘Gut yontif’ (‘happy holiday’). 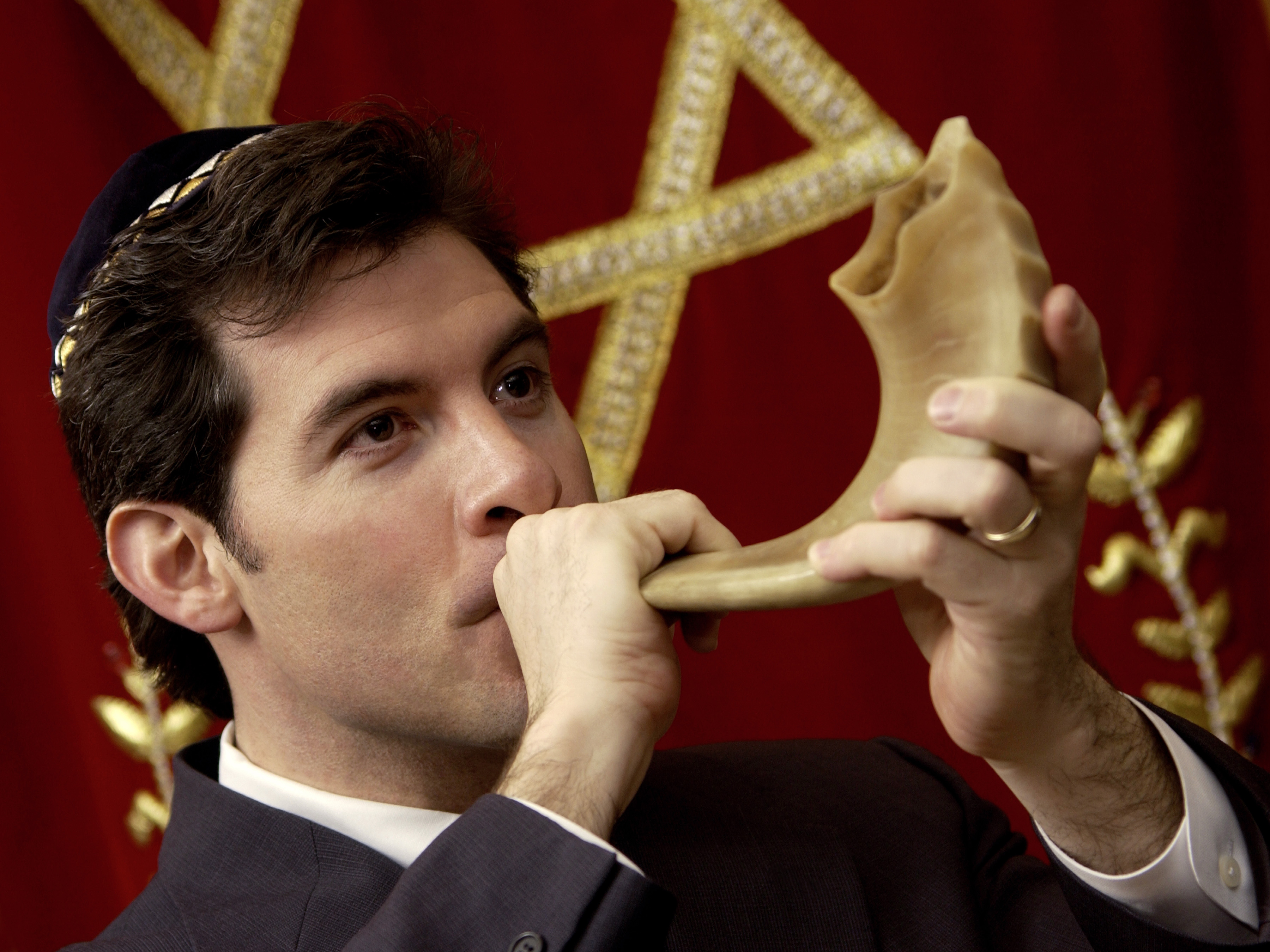 A headshot of a man blowing a shofar during Rosh Hashanah. Photo via www.freeimages.com

What foods are customarily eaten at the Jewish New Year?

Jews love their food and Rosh Hashanah is no exception - you might want to skip lunch (and breakfast too!)  As well as old favorites, such as matzah ball soup, roast chicken and potato kugel, you’ll see certain things on the table that indicate it’s the start of a new year. These include:

Apples dipped in honey - this is a tradition (rather than a religious commandment) and involves dipping slices into honey, whilst praying for a sweet and fruitful new year. Challah bread - this yeasty bread is eaten every Shabbat in Israel and the New Year is no exception - just that this time it’s round instead of long - to symbolize the circle of life.

Pomegranate seeds - these are symbolic of righteousness in Judaism since it’s said to have 613 seeds (each representing one of the Jewish commandments of the Torah). Tzimmes - made with carrots, or other sweet root vegetables, again it’s eaten because it’s sweet. 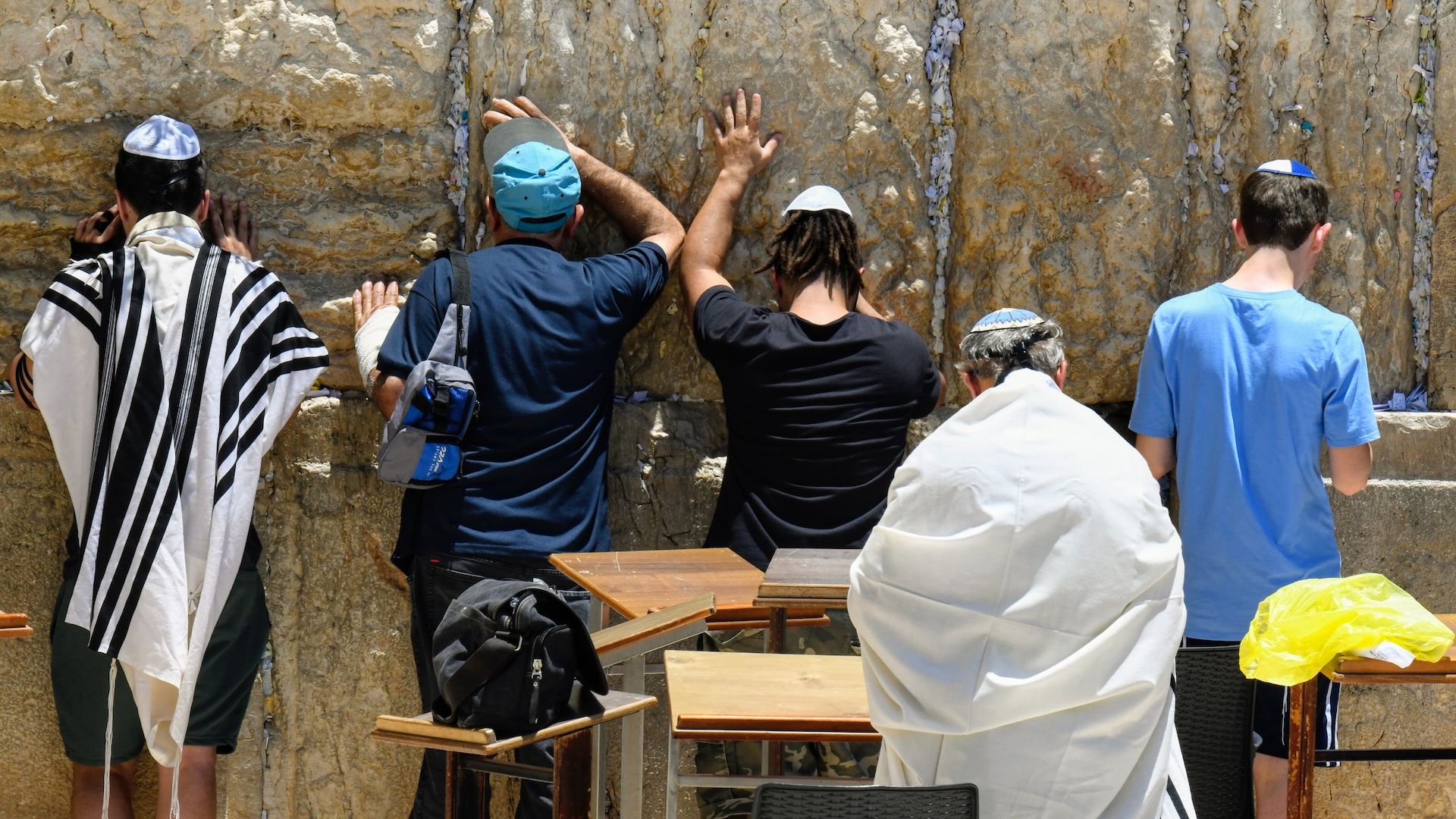 A group of men/boys praying at the Western Wall in Jerusalem. Photo by shraga kopstein on Unsplash

What is the atmosphere like in Israel around the time of the Jewish New Year?

It’s very festive. In the days leading up to it, friends, neighbors, family, shopkeepers (and sometimes even strangers in the street!) will all want to wish you ‘shanah tovah’. If you’re in Jerusalem, the atmosphere will be even more noticeable, since this really is a holy city.

The shops and markets will be very busy, because people are stocking up on food for lunches and dinners, and gifts for close family and friends. There’s also a lot of traffic on the roads in the lead-up to the festival, because Israelis will be traveling around the country to meet up with family and friends.

Over the two days of this particular Jewish festival, secular Jews might go to the beach, hike in national parks in Northern Israel, meet up with friends, and generally enjoy their time off.  Traditional religious Jews will attend services at the synagogue and Orthodox Jews will refrain from work, writing, driving, and using any objects that require electricity. 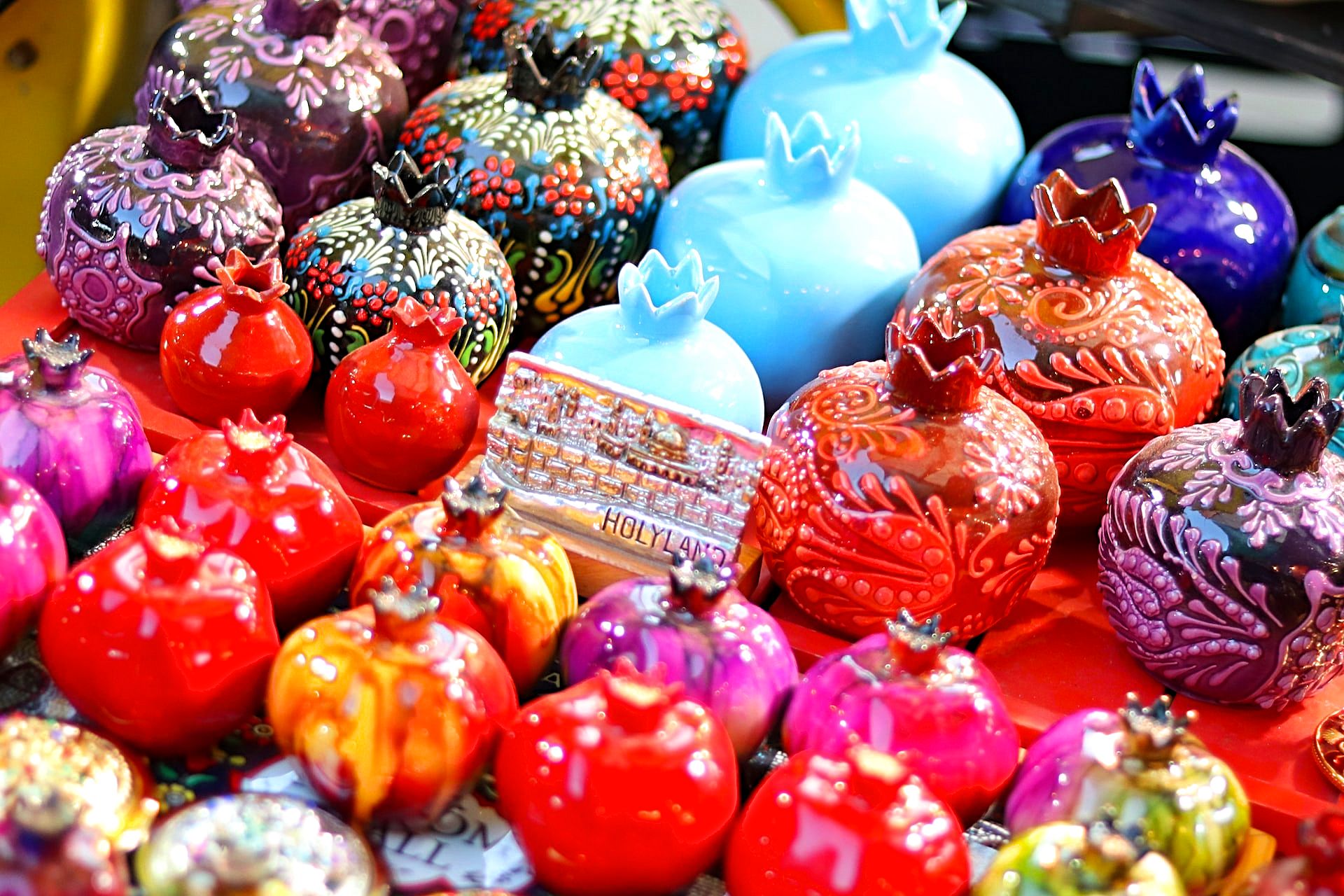 What happens at the synagogue during the Jewish New Year?

For two days, there are services in the synagogue and the liturgy (the form of worship) is incredibly beautiful. Rosh Hashanah remembers the creation of the world and is the start of a ten-day period that culminates in Yom Kippur. These ten days, for religious Jews, are about introspection and eventual atonement - there is a focus on humility as well as rejoicing.

The prayer ‘Avinu Malkeinu’ (‘Our Father, Our King’) is sung throughout the morning and at the culmination of the service, a shofar is blown. The shofar is a ram’s horn and is blasted out at different intervals. The shofar is a symbol of the Jewish prophets who called on people to improve themselves spiritually - many Jews regard it as a ‘wake-up call’ from God.

What is the ritual of tashlich, which is performed at the Jewish New Year?

Carried out on the first afternoon of Rosh Hashanah (usually after the lunchtime meal), the ritual of tashlich involves the symbolic ‘casting off’ of sins. Jews walk to a body of flowing water (a stream, river, lake, or sea) and throw crumbs (or sometimes pebbles) into it - as they do this, they recite a prayer asking God to lift their troubles from their shoulders because last year is ‘washed away like crumbs in the current.’

If you’re visiting the Holy Land over this period, or at any time for that matter, and are interested in taking a guided tour or day trip around Israel, don’t hesitate to contact us by email or phone or take a look at our blog for more ideas about places to see and things to do. We’ve been in business for over 35 years and with our knowledgeable guides and experienced and friendly staff, we guarantee you a holiday to remember. Shanah tovah! 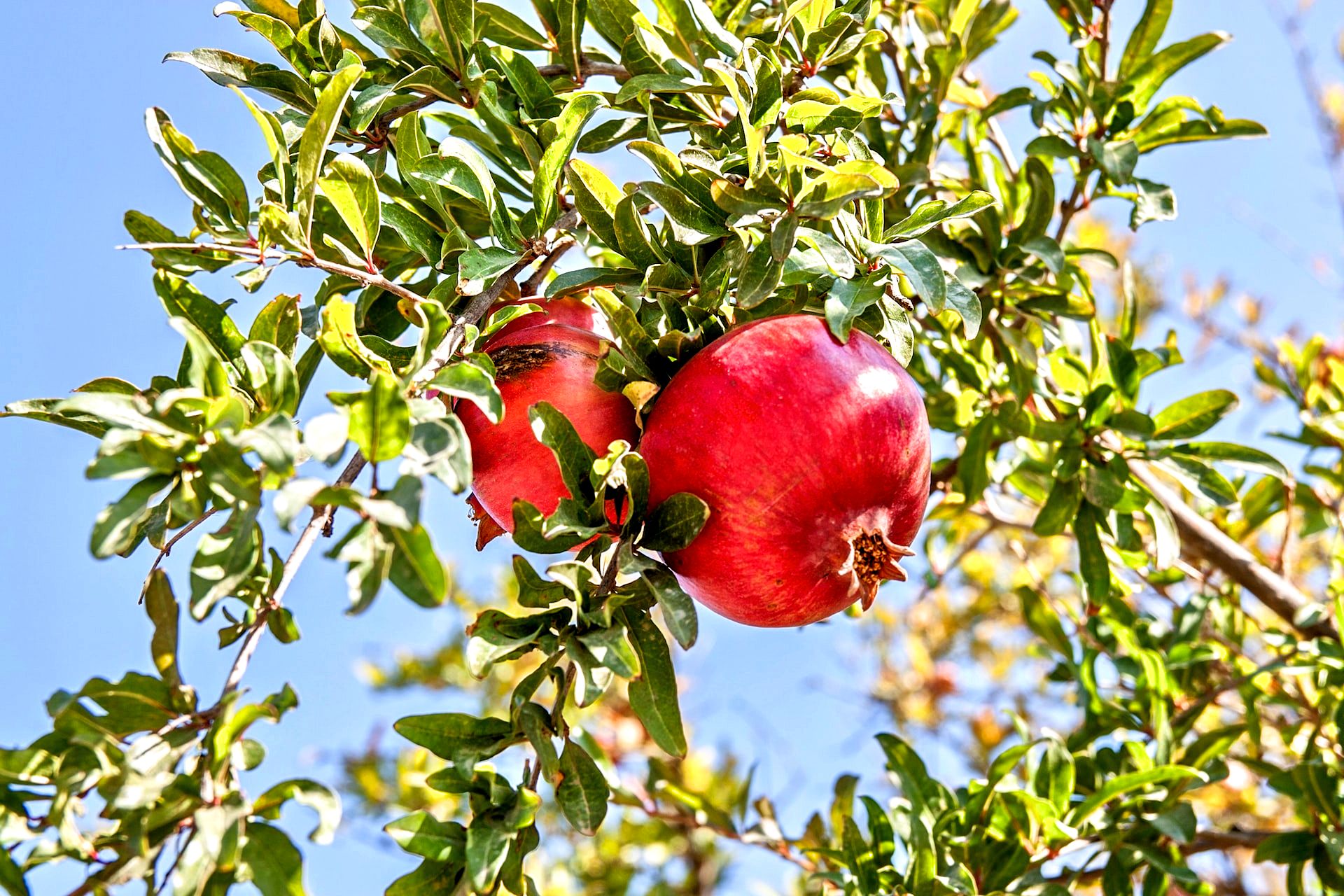 Pomegranates on a tree. Photo by Lavi Perchik on Unsplash