Remains of the 14 km double aqueduct which brought water to Caesarea and its fields is so well preserved that it was repaired and used by a small settlement of Bosnians in the 19th century. Abandoned during the early Arab period a much smaller Caesarea, enclosed by a wall and a moat, was a major Crusader site.

Serving as the administrative capital and seat of the Roman procurators, it was here that Paul was imprisoned prior to being sent to Rome (Acts 23:23-35). Here too thousands of Jews were killed by the Romans after the desecration of a synagogue led to demonstrations, igniting the Jewish Revolt against the Romans. 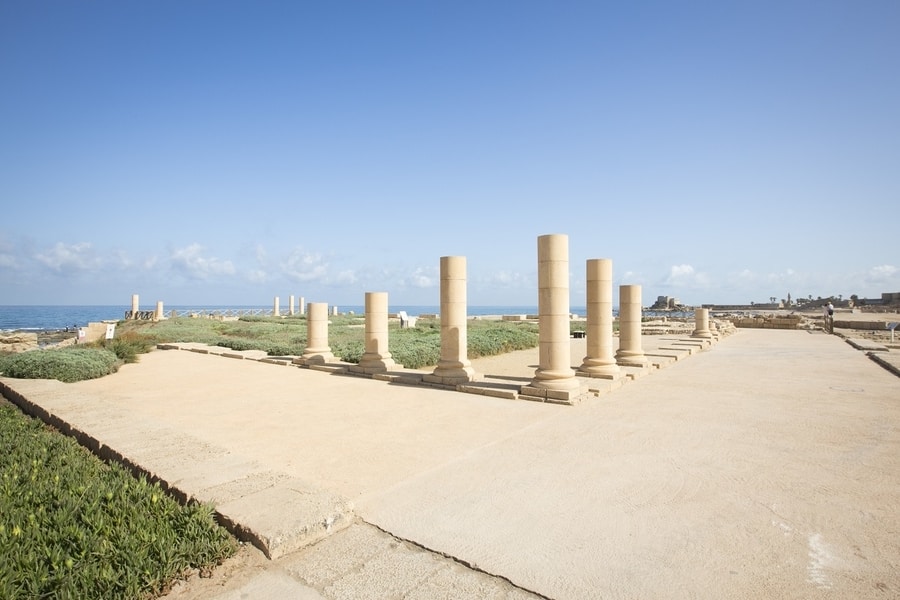