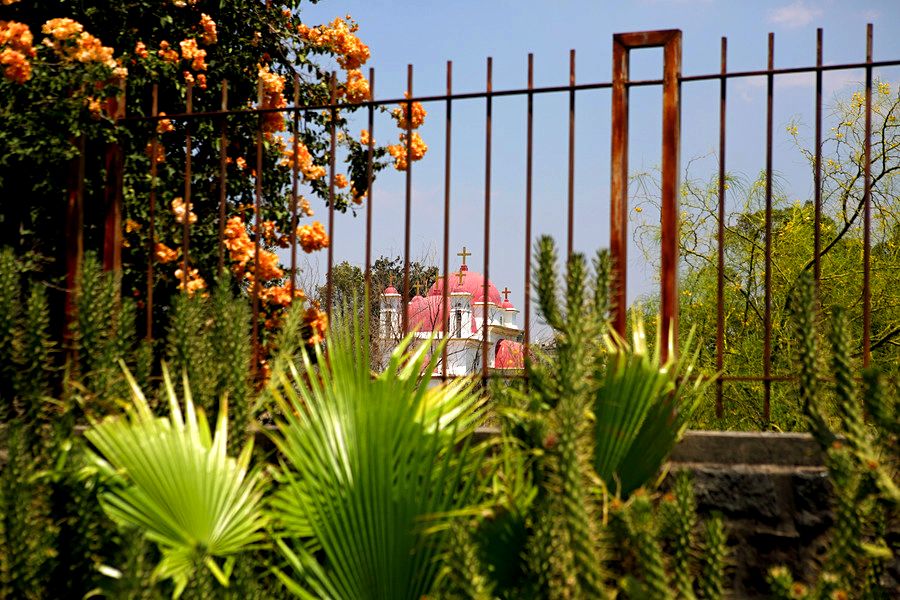 There are two sites near the Sea of Galilee called the “Church of the Apostles”. One is an archaeological ruin in Bethsaida dating back to the 5th-6th century AD. The other Church of the Apostles in Galilee is in Capernaum and is easily recognizable for its whitewashed walls and red domes.

Church of the Apostles at Capernaum

The Greek Orthodox Church of the Seven Apostles was built in 1931 and is dedicated to the disciples Simon (Peter), Thomas (Didymus), Nathanael, James, John, and two other disciples. Jesus appeared to these seven disciples after his resurrection (John 21).

This church is also known as the Church of the Twelve Apostles from the biblical account of Jesus choosing his twelve disciples in Galilee (Luke 6). It stands close to the water of the Sea of Galilee, within a Greek Orthodox monastery, on the site of the ancient village of Capernaum where Jesus based himself during his ministry. Following an earthquake in 749, Capernaum was relocated to this site.

The whitewashed church has a cross-shaped design with two central red domes and six smaller domes each topped by a cross. Inside the church, the walls and ceiling are covered with frescoes depicting biblical scenes.

The frescoes are part of the restoration that took place from 1995 to 2000. A Greek iconographer adored the walls with the eclectic display of Byzantine-style paintings. The church has been closed to visitors due to COVID, but it is open to the public on liturgy days.

Ruins of the Church of the Apostles at Bethsaida

Recently archaeologists have uncovered a floor mosaic in what is thought to have been the Church of Apostles in the biblical village of Bethsaida. If experts are correct this could have been a basilica built on the site of Apostles Peter and Andrew’s house. The mosaic bears inscriptions typical of a Byzantine church.

One inscription describes renovations that were done to the building. The church is most likely the one described by Willibald, an 8th-century pilgrim. In his travel journal, the pilgrim recalls the biblical verse where Jesus spends the night at the residence of Peter and Andrew before traveling to Kursi to heal the demoniacs and cast demons into a herd of swine.

At the time of its construction, in the 5th-6th-century AD, the church would have been elaborately decorated. The floor mosaic had beautiful gilded tesserae tiles and covered 27x16 meters. The excavated building has a preserved outer wall about a meter high, but the entrance to the church was not uncovered.

During excavation, they found many shards of ancient vessels used to hold the sugar. This has led some experts to believe the site was used as a sugar factory sometime in the Middle Ages. In addition to the remains of the church, archaeologists are working on excavating other structures in the biblical village of Bethsaida.

To visit the Church of the Apostles, feel free to book one of our Galilee Private Tours. 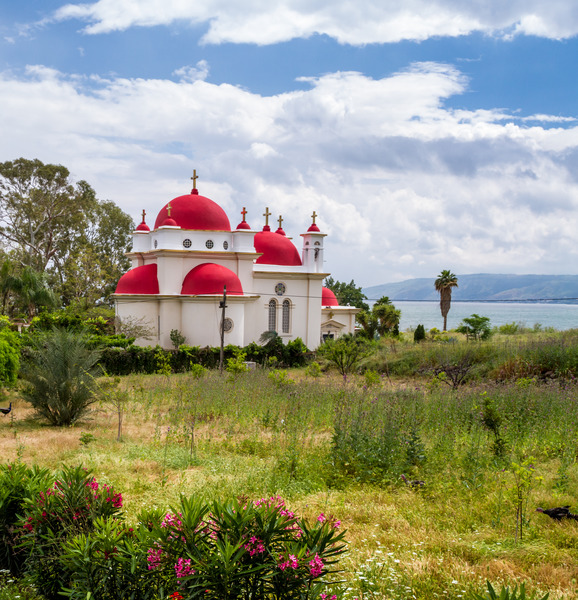