There are many excellent museums in Israel including the Israel Museum in Jerusalem and the Tel Aviv Art Museum. However there are also many little known museums which are fascinating yet seldom visited by tourists. Here are some hidden gems that you should try to visit if you get the chance. 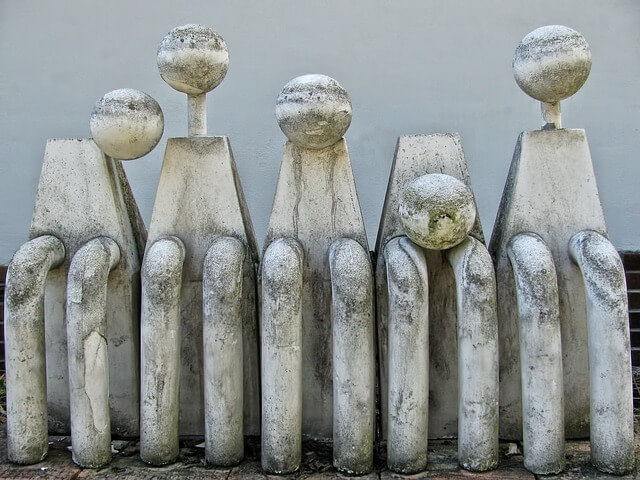 As you drive along Route 44 between Shimshon and Nahshon junctions you’ll see a sign pointing to the “Sculpture Road and Hanasi” which takes you into the President’s Forest dedicated to former Israeli President Dr. Chaim Weizmann. Along this route, the road is lined with sculptures by Israel’s leading artists. The scalpers are designed to blend in with the surroundings. The route takes you through the entire forest on a 10km adventure. Feel free to get out of the car and explore the forest and take a closer look at the sculptures.

In this museum visitors move through interactive displays which focus on the Zionist Visionary Theodor Herzl’s (1860-1904) life. As you walk through the museum you learn about the challenges Herzl faced as he transformed from an assimilated Jewish bourgeois European to a respected statesman working towards the establishment of a Jewish state.

He is known as the Visionary of the State and his most famous quote is “if you will it, it is not a dream.” The hour-long tour through the museum follows Herzl’s journey, his achievements, disappointments, and contribution to the future establishment of the State of Israel. A visit to this museum costs 25ILS and visits must be arranged in advance although other visitors can enter on a space-available basis. For more information 972 (0)2 6321515.

Museum on the Seam, Jerusalem

This unique museum was named one of the leading art venues in the world by The New York Times. It is housed in a historic building constructed in 1932 for the Barmki family. It is located on the seam line which marked the border between Israel and Jordan through divided Jerusalem following the War of 1948 and until the Six-Day War in 1967.

At the time the house was used as an army outpost alongside the Mandelbaum Gate that connected the divided city. This museum displays contemporary art which deals with the socio-political reality of the Holy Land. Work is by Israeli and international artists who express their views of the tensions in this corner of the world through their art.

The Museum on the Seam promotes discussion of the issues and acceptance of others who are different from us. Art is a language with no boundaries. The art is in a variety of media but all with the same focus. The museum displays changing exhibitions. There are signs next to each piece where visitors can read about the artists and the rationale behind the work. The entrance is 30ILS and the museum can be reached at 972 (0)2 628 1278.

This unusual museum focuses on the clandestine production of bullets for the Hagana military forces during the years prior to the War of Independence. The Hagana was a Jewish military body that fought the British Mandate and after the establishment of the State of Israel became the Israeli Defense Force. The museum is in the outskirts of Rehovot on Kibbutz Hill, 4 meters below ground beneath the former kibbutz laundry and bakery.

This was where the bullets were produced unbeknownst to the British. The concealed factory operated below a training facility that taught new immigrants about kibbutz life. From 1945 to 1948 the factory produced about 40,000 bullets a day. Here you can learn about the struggle for independence and how the factory operated in complete secrecy by 45 men and women.

Visitors will see an audio-visual presentation take a guided tour, see a reconstructed dining room area, the delegation house, rooms and halls, bathrooms, and the Eucalyptus grove. Reservations are required by calling 972 (0)8 940 6552.

This museum tells the story of (olive) oil-based products in Israel; it is located in the Shemen Old Factory Compound. There are 360 items in the collection of antiques relating to traditional oil cultivation, extraction, processing. The collection includes oil presses, implements, and ancient archaeological discoveries related to the production of olive oil in Israel many years ago.

The museum covers 5, 000 years of oil production in Israel. The museum covers 240m² and visitors are taken on a guided tour through the facility; they get to see an audio-visual presentation and the industrial plant. The tour lasts 3 hours and should be booked in advance by calling 972 (0)4 865 4237.