What’s Happening in Israel during February 2016

February events include many musical highlights such as several concerts by visiting international artists and musical festivals. As Israel heads into spring the meadows of the Negev burst into color with wild flowers and Tel Aviv has one of its most important sporting events.

The annual Anemone Festival or Scarlet South Festival is celebrated between January and March in southern Israel when the forest floor becomes a carpet of red flowers. The red anemones in the parks of the Northern Negev are open to the public to hike, cycle and visit local kibbutzim. The blossoming fields are only about an hour drive from Tel Aviv and Jerusalem. The festival is hosted by the Sedot Shikma Besor Tourism Organization and is held in the national KKL-JNF park areas. There will be free information stations, free guided excursions, fun activities and a walk along the edge of the flower-carpeted red meadows. Although the flowers will probably be in bloom throughout the month the special festival events are held on weekends where there will be musical performances, sporting event and fun for all ages. Check the KKL-JNF website for updates about when the flowers will be in bloom. On Fridays and Saturdays in February you can get more information from the information stations at Yad Mordechai and Beit Kama Junctions from 9am to 3pm. There may be changes to scheduled events in the event of bad weather. On Saturdays additional information stations will be open at Ruhama Kibbutz, Reim Recreation Area (Beeri Forest), at the southern and northern entrance to Besor Road and at Pura Nature Reserve. At the Shokeda Community Forest there will be an 18km cycle trail. At the Ruhama Badlands Nature Reserve there will be a number of walking trails of various lengths for all the family. At the Negev Beerot Center on Kibbutz Alumim you can enjoy related movie screenings.

The German group Alphaville which rose to fame in the 1980s led by lead singer Marian Gold will be performing two concerts only in Tel Aviv this February. The band is best known for hits such as Big in Japan, Jet Set, Sounds Like a Melody, Forever Young and Dance with Me. The band’s catchy synth pop has kept generations of music lovers enthralled. They will be performing their well known classics as well as more recent releases from their albums RTL2 100 Tubes Annees 80 and Catching Rays on Giants which featured the single I Die For You Today. Also included in the concert will be works created in 2015 from the albums So80s and Synth Pops. 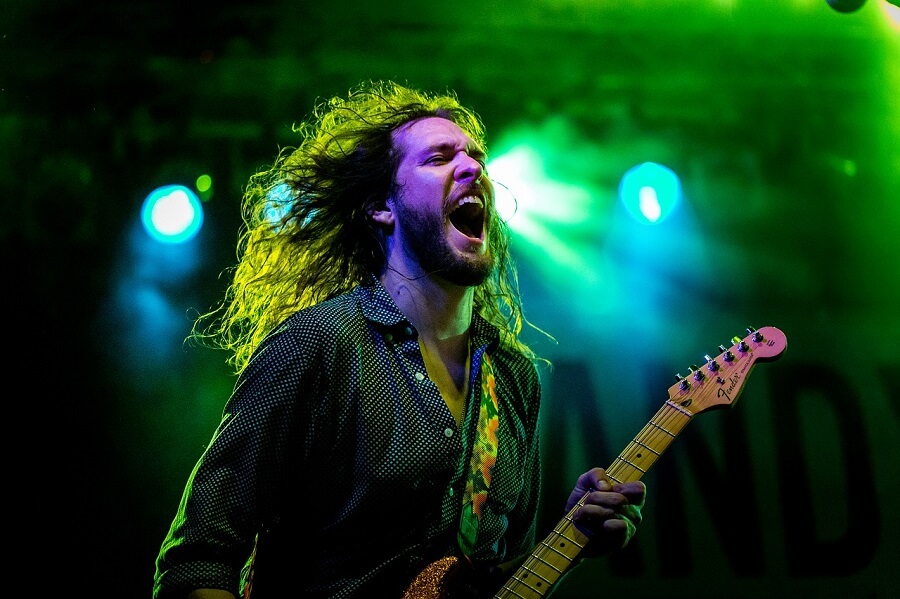 The annual Eilat jazz festival features performers from Israel and around the world. Performances will take place at the Eilat King Solomon Hotel, Royal Garden Hotel and the Royal Beach Hotel. Among the artists performing this year will be Shlomo Gronich and the Non-Standard Project; David Helbock’s Random/Control featuring three musicians and twenty instruments; the a-cappella sextet SLIXS and Jane Bordeaux performing Israeli country folk music. Voodoo Jazz will perform their brand of music which is reminiscent of the jazz genre’s origins. The American organ trio Goldings, Bernstein and Stewart will be celebrating 25 years on the stage. Among the Israeli performers will be Geva Alon and Daniela Spector collaborating for a special performance of Israeli folk music. Also appearing at the festival will be Cuban pianist, Alfredo Rodriguez who has stunned the world with his virtuoso performances. The Grammy Award winning Ukrainian-born jazz pianist Ruslan Sirota will be enthralling audiences and the PaCoRa Trio will be performing their Slovak inspired jazz. Israeli musician Dida will be performing “the love stories of an Israeli vocalist in New York.”

The Dutch trance and electro house duo of DJs, Willem van Hanegem and Ward van der Harst will be performing in Tel Aviv this February. The duo specializes in progressive house, progressive trance, Dutch house music and big room house music. They shot to fame with the release of their studio album Impact in 2011 and have since released a number of singles as lead artists and performed at events including Tomorrowland and Ultra Worldwide. One of their biggest successes was the single Bigfoot in 2014 and in 2015 they released If It Ain’t Dutch with Armin van Buuren. W&W are also known for a number of remixes including a remix of Adele’s Hello together with Kenneth G Bootleg. The two are at the forefront of the electro music industry and continue to pave the way for innovative sounds.

This iconic British rock group formed in the 60s is led by lead vocalist Ian Anderson. Their first album Stand Up reached #1 on the British charts and they continued to create innovative music shifting from progressive rock to hard rock and mixing in some folk rock. The band has sold over 60 million albums worldwide. Rolling stone described Jethro Tull as “eccentric progressive rock.” The bands unique style and diverse musical talents make it an exciting and dynamic live show. The band will be performing in Tel Aviv as part of the “JETHRO TULL The Rock Opera performed by Ian Anderson” tour which celebrates the life of Jethro Tull, an English agricultural inventor. The show incorporates well known Jethro Tull songs plus performances by guest artists. Among the songs included in the show there will be The Witch’s Promise, Farm on the Freeway, Heavy Horses and Aqualung. 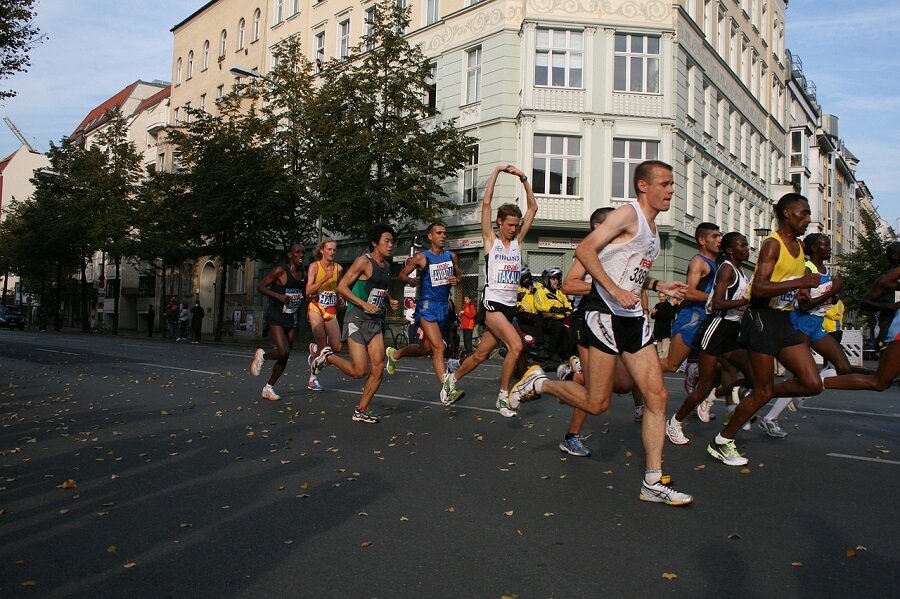 The Tel Aviv Marathon takes place on the streets of the city leading runners passed landmark buildings and along the stunning Tel Aviv beachfront. The race is multi-course with opportunities for runners of all levels to participate from families with kids to professional runners. Over 40,000 runners are expected to participate in the full-marathon, half-marathon, 10km, 5km and kids mini-marathon. In addition there will be a 42km handcycle race for people with special needs. The race kicks off at HaYarkon Park just opposite the Luna Park amusement park and follows the Yarkon River down towards the beachfront. The longer courses take runners into the old port city of Jaffa and along iconic Tel Aviv boulevards. Along the route there will be stages set up for live musical performances and several activities and celebrations for spectators.

Join this much-loved American performer for “An Evening with Greg Dulli.” The singer will perform his classic songs as well as his latest numbers. Dulli caught the public’s eye with the band, Afgan Wings and went on to form The Twilight Singers. Together they released 5 albums. In 1994 he became the lead vocalist for the Backbeat Band recording the soundtrack for the Beatles biographical film Backbeat together with top artists like Mike Mills and Dave Grohl. In 2014 Dulli rejoined the Afgan Wings and they released their album “Do To the Beast.” Dulli’s performance in Tel Aviv is part of a 31 city solo tour presenting an intimate “evening with Greg Dulli.”

Winter Noise is a festival organized by the Youth Authority of the Jerusalem Municipality. It is a series of cultural events held in the streets of Jerusalem. On offer will be street theatre, musical performances, video art, dance performances, master classes, cookery demonstrations and workshops, exhibitions and street parties. Thousands of people are expected to participate in these fun events which are mostly free and there is no need to book ahead. The events will take place on Mondays throughout February (2nd, 8th, 15th, 22nd and 29th February): 2 February- Mahane Yehuda Market. The opening events of the festival at the famous Mahane Yehuda Market will include events which take place in the many cafes, stores, restaurants, galleries, studios and private homes in and around the market. Among the top events will be a toga party, swing dancing lessons on the street, video instillations projected on the buildings, musical jam sessions and a sing-along in a Russian bar. 9 February – Havatselet Complex. This Monday’s events include a workshop of Ethiopian cooking, a Moroccan party hosted by the secular yeshiva, lip-sync karaoke, a dance recital, a performance by Non Profit Band celebrating the release of their new album and a lecture on politics in the Facebook era. 16 February – Shoshan Complex. Cheer on the men taking part in the Drag Race, where men done high-heels and try to run through the streets. Other events include an evening with young Russian immigrants, an arts and crafts market, a cooking demonstration focused on mince meat and African music among other attractions. 23 February – Talpiot Industrial Area. On this special night of events you can watch the ping pong championships, see film festival screenings, hip hop performances and talk-show type interviews with leading Israeli celebs.