March holds many exciting and unique events; there are musical festivals, spiritual retreats, sporting events and the Purim Festival. Purim is one of the best times to visit Israel as there are street parties, parades and many special events. 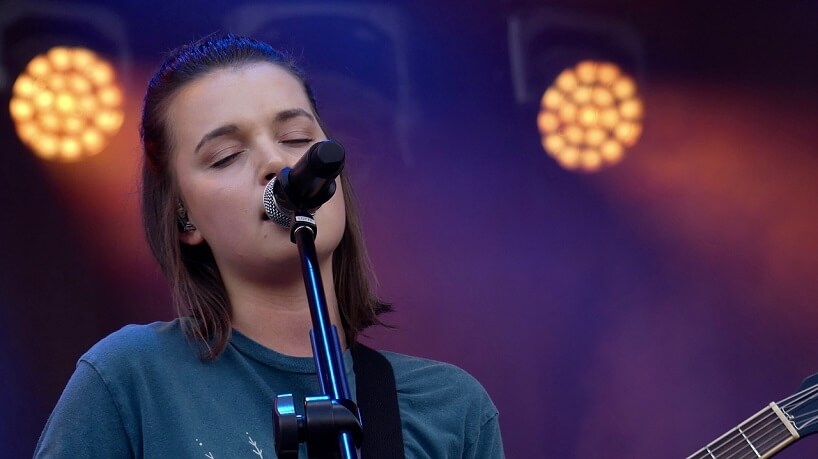 This unique festival is in its 8th year, it is held in the Desert Ashram, a place of meditation, peace and spirituality in the surreal surroundings of the desert where participants can disconnect from the rat race to be “healed” by music. The 3 day festival explores the meaning and power of music through live performances, lectures and workshops. The festival includes dance performances and film screenings, poetry readings, holistic dance, yoga and drum circles. Each day the concert performances will be given in a different scale (440Hz, 432Hz and 444Hz) to see how this affects the body, soul and mind. The music will be transformed into visual geometric patterns which dance across large screens. Musical genres range from Reggae and classical music to traditional sacred music. A variety of food will be served at the event including vegan and vegetarian and accommodation will be in tents spread across the ashram. There will also be rooms available to rent for the duration of the festival. Later during the Purim festival there is another festival at the Desert Ashram, this time entitled “Imagine.”

This all encompassing festival includes films which highlight all aspects of the arts such as the spoken word, dance, theatre, plastic arts and music. Visitors to the festival can enjoy a diverse range of presentations from Israel and abroad. The films will be screened in their original language with Hebrew subtitles. Among the 47 films being screened there is one about award winning writer Toni Morrison; the story of the first black prima ballerina, Misty Copeland; a film about the preparations for Jewish New Year; about the efforts of a group of Pakistani musicians trying to revive their traditional music and a film about choreographer Sidi Larbi. The films come from countries like Poland, China, Belgium, Norway, the USA, UK, Estonia, France, Japan and of course Israel. The subject matter is truly diverse and fascinating.

The annual Jerusalem Marathon takes place through the streets of the Holy City passed landmark monuments and historical sites. Anyone can join in to run the full marathon (42.2km), half-marathon, 10k run, 5km run or the family race. All of the courses start and finish in the Saker Park (Gan Saker) where there will be happenings, food stalls and musical performances. Also on offer at in the park will be fitness classes and warm-up exercises run by top Israeli sports trainers. In addition you can join in Zuma classes, aerobics and dance lessons. On sale will be athletic equipment and sports attire. Throughout the days running up to the marathon there will be a number of special events related to health and fitness. A special Sport Expo will be held from 15th-16th March from 3pm to 10pm and on the 17th at the Jerusalem Pais Arena. If you are planning on being a spectator then recommended look-out points include the Bezalel-Ben-Zvi Blvd junction, Plomer Square, MIshkenot Sha’ananim, Oranim Junction, Hamashbir Plaza on King George Street, the Jaffa Gate, Safra Square, the Railway Complex and Emek Refaim. If you want to take part in the Jerusalem Marathon you can register online. 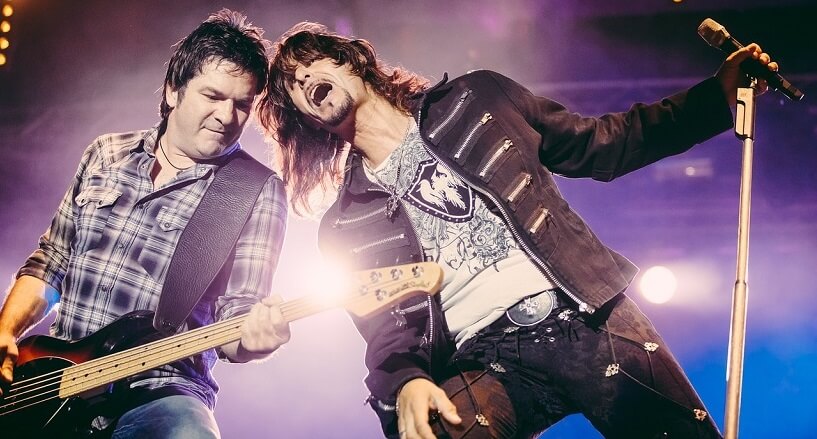 The Fattal hotel chain’s hotels in Eilat will be taken over by an amazing festival over the weekend. This will be the festival’s fourth year when they rock the Red Sea. The 3 day festival features 7 concerts, 10 musical groups and over 2,000 people are expected to attend. It is the largest rock festival in Israel and features live performances by leading Israeli rockers. Among the performers there will be Rami Fortis, a veteran Israeli rocker also famous as one of the judges on Israel’s version of X Factor. Other talents include Riki Gal, Juda Poliker, Monica Sex, Avraham Tal, HaTikva 6, Miri Mesika and Yuval Dayan. Aviv Geffen is one of the stars of the festival and a famed judge on Israel’s The Voice. Entrance is to over 18s only.

20 Jerusalem Theatre, Khan Theatre, YMCA Hall, Lev Smadar Cinema, the Yellow Submarine, Ha’Kubia, Shimshon Center and other Jerusalem venues. The Culture and Art Department of the Jerusalem Municipality organizes this week long celebration of the arts; 2016 will be the 15th annual festival of this kind. The aim is to promote and nurture creativity in diverse fields of the arts and to present affordable cultural events of a high quality. The admission prices are kept low so that everyone can afford to attend and some of the events are open to the general public for free. Performances range from art exhibition, film screenings and dramatical performances to music and dance. Performances are by both professional and up-and-coming artists. There will also be outdoor performances in the Plaza of the Jerusalem Theatre and in the various neighborhoods of Jerusalem. Check out the Jerusalem Municipality website for precise dates and times of performances. 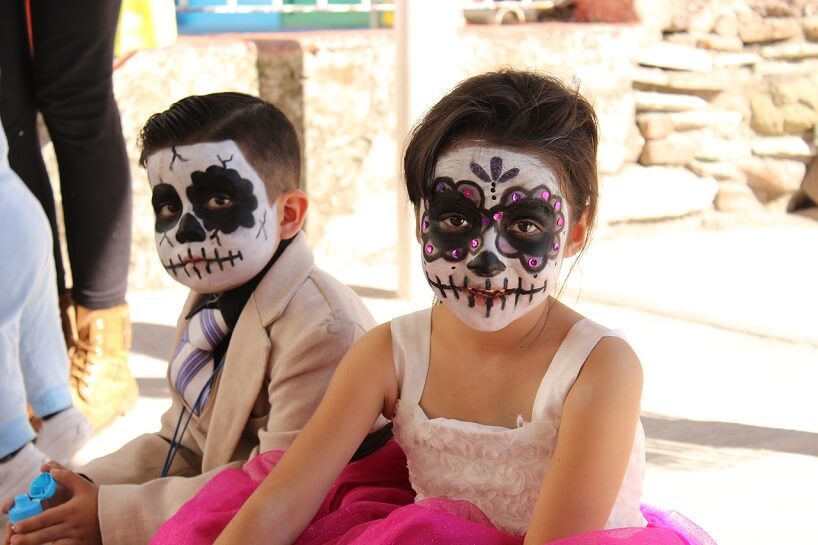 Purim is a Jewish festival which starts on the eve of March 23 and continues into the next day; however the parties and celebrations take place throughout the preceding week. Purim celebrates an event in Jewish history when the evil Haman was prevented from carrying out a massacre of the Jewish people. This story is told in the Biblical Book of Ester. It is traditional to dress up in fancy dress, give and receive food baskets and drink until you “fall asleep from drunkenness.” So with that as the guiding principle Israelis do their best to party until they drop during the Purim festival. This includes many fancy dress parties in bars and night clubs as well as official Purim parades in the larger cities. The most famous and elaborate of these parades takes place in Holon, a city close to Tel Aviv. Other major parades take place in Tel Aviv, Jerusalem and Haifa. The parade dates and times can change due to the weather but they usually take place at about 11am. Watch municipal websites for the announcement of final dates. In addition there is an official Tel Aviv Purim street party held in Tel Aviv starting from when the parade (Adloyada) comes to an end. The party usually hosts leading DJs and live performances. All those attending are welcome to get into the mood and come dressed in fancy dress. Most of the other major cities also hold street parties at the end of the parade.

For the fifth consecutive year Tel Aviv will be holding a Zombie Walk as part of its Purim celebrations. Purim is associated with dressing up in fancy dress so the Zombie Walk was thought up to bring out the creative zombies! Locals and visitors can dress up, put on dramatic make-up, add accessories and turn themselves into zombies to join in the walk through the streets of Tel Aviv. The zombie invasion through the streets of Tel Aviv will start on the corner of King George Street and Ben Tsiyon Blvd, Tel Aviv.

This annual festival is in its fifth year; it aims to give a glimpse into the world of traditional Old City music by offering performances of authentic music unique to each of the Old City’s four Quarters. The performances by ensemble groups and musical bands will take place on temporary stages set up along the roads and in the courtyards in each of the Old City Quarters. The music performed on each stage will be traditionally connected to the location where it is performed. The music will be of a wide variety creating a magical atmosphere in the Old City. In the Armenian Quarter you will be able to hear authentic Armenia festival music; in the Muslim Quarter hear Middle Eastern music related to the Islamic traditions and in the Christian Quarter there will be Christian liturgical pieces performed. In the Jewish Quarter you will be able to see performances of traditional Hasidic music and modern Jewish music. Visitors can stroll through the streets of the Old City from Quarter to Quarter enjoying the performances for free. The stages will be placed along a circular route starting at the Jaffa Gate and leading visitors through all four of the city’s Quarters until they arrive back at the Jaffa Gate.