With summer just around the corner the arts and cultural scene in Israel heats up. June brings with it festivals, music, gay pride, dance, opera and international star performers. 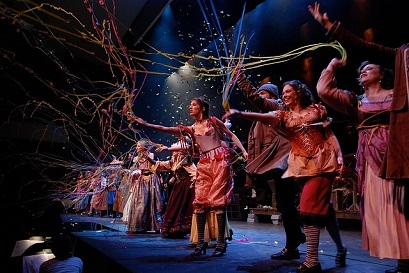 Light in JerusalemThe Old City of Jerusalem is lit up along four routes through the meandering cobble streets. Each route is lit in a different color and as visitors pass along the routes there are performances of music, art work from around the world, video presentations, instillations and 3D displays.

For the 5th consecutive year there will be an amazing opera performance at the foot of Mount Masada. You can enjoy Puccini’s La Tosca or Carl Orff’s Carmina Burana each with the cliffs of Masada as the backdrop. The large-scale open-air performances make use of huge sets, elaborate lighting, multimedia and a large cast of performers.

This will be the first Groovestock Festival, it will include top Israeli pop and Middle Eastern performing artists.  The unique environment, in the heart of the Negev Desert will add an amazing atmosphere to the event. Together with artists like Dudu Tassa, the Eccentrics and Shai Tsbari there will be top DJs.

Art GarfunkelIconic performing artist Art Garfunkel will be in Israel without his legendary partner Paul Simon but he will be performing the duos unforgettable hits like Bridge over Troubled Water, Mrs. Robinson and Mother Mary. The 6 time Grammy award winner’s concert will also feature songs from Garfunkel’s solo career.

Join hundreds of Israelis in a weekend of non-stop music, dancing and parties. The Global Beats movement takes you on a musical journey through the cultures of Europe, Africa and the Americas. Music from clubs and communities across the globe including Morocco, Berlin and the Greece. On the festival stage the traditional sounds of many cultures will join together. There will be live performances as well as DJs. The festival will be held in the picturesque surroundings of the Galilee. 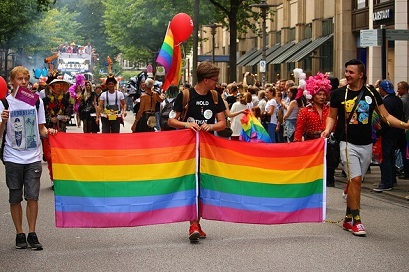 Tel Aviv has become one of the hottest gay travel destinations in the world and the top event of the year is the Tel Aviv Gay Pride Parade. Pride week kicks off with speeches, activity booths and musical performances (including the Gay Youth Band of Tel Aviv) at the Gan Meir Gay Center. From here the parade sets out through the streets of Tel Aviv with parade floats, costumed dancers, music and lots of fun. The parade reaches Gordan Beach where the party really gets going. The beach party continues into the evening with top DJs providing the music.

Students of the Tel Aviv University film and television school present both local and international student films which compete for prizes. In addition to the screenings there will be workshops, master classes, lectures and panel discussions with guests from the film industry.

The son of Bob Marley is becoming a legend in his own right performing reggae around the world. Jr. Gong, as he is also known, has won 3 Grammy awards and his single Welcome to Jamrock received accolades from Rolling Stone Magazine.

This festival features a performance of Donizetti’s operatic comedy L’Elisir ‘Amore as well as several other concerts which will be held throughout the city. Venues will include the Biblical Lands Museum, the Israel Museum, and the Museum of Italian Jewish Art. There will be concerts geared towards children, liturgical music, chamber music, and more. 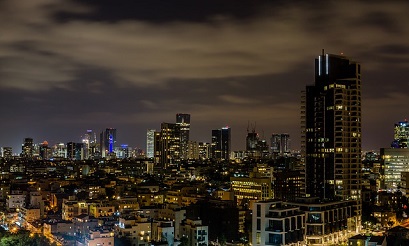 The annual White Night celebration is when the whole city stays awake until dawn. Restaurants, cafes, and stores open until the early hours and the municipality organizes live musical performances, dance performances, poetry readings, workshops, and special events throughout the night. Many of the events are free and others have a minimal fee. Some of the White Night events are indoors and many are outdoors. End the White Night with yoga on the beach as the sun comes up.

Former member of the original iconic ban, Chris White will perform one concert in Israel. White will perform with six top musicians’ songs from the heyday of Dire Straits like Romeo and Juliet, Money for Nothing, and Brothers in Arms.