Think Israel and what comes to mind? A beautiful mediterranean coastline, set against pristine beaches...churches, mosques and synagogues in biblical terrain...exotic fruits and spices in Levantine markets...desert palms, the exotic Red Sea and a shimmering Lake of Galilee? Yes, you’d be right on all counts...because you get a lot of bang for your buck in this country.  But what you probably don’t expect to find is a thriving ‘street art’ scene in this part of the world.

Think again. Street art has taken Israel’s capital, Jerusalem, by storm in the last few years and whilst the scene isn’t quite as well established as in its neighbor, Tel Aviv, what you can find in this spiritual mecca is quite impressive.  So if you’ve had your fill of museums, holy shrines and ancient history, fear not...just grab your camera and head off to one of the areas below to check out the creative scene... 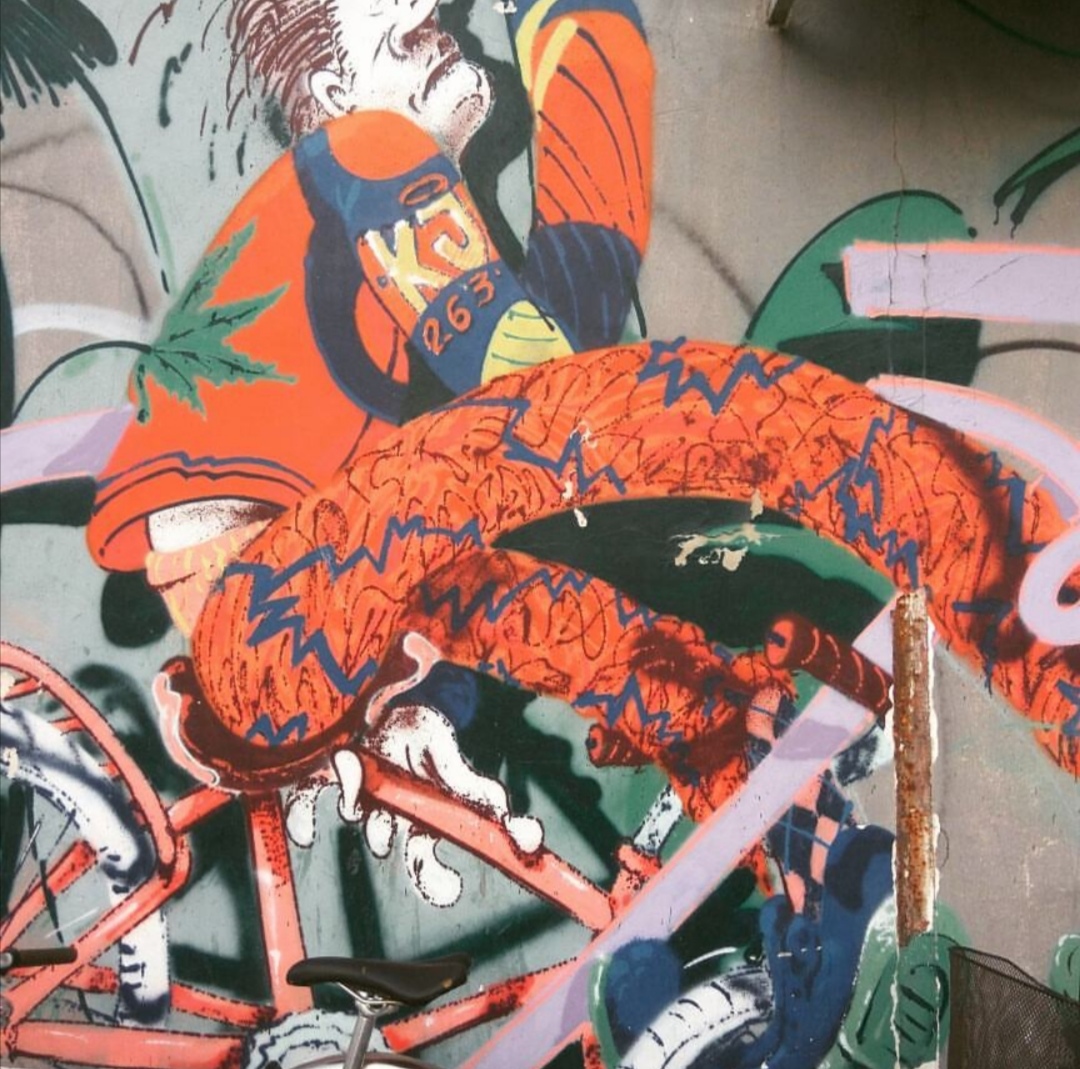 This Jerusalem neighborhood isn’t particularly hip and happening, but it is home to some incredible artwork which sprang up after the Walls Festival Jerusalem came to town in the spring of 2018. This international mural festival was held with the aim of using public art as a means of changing the face of urban neighborhoods.
Artists from across the globe who displayed there include the Brazilian “Bicicleta Sem Freio” (Bicycles without Brakes). Rouhan Wang from China and Eina and Gan, who go by the name of Brothers of Light (yes, indeed they are brothers). If you look at the Brothers’ enormous orange canvas, you’ll see it’s packed with tiny details that highlight both the local neighborhood and the land of Israel itself.  Along with palm trees and camels, you’ll also spy a Dove of Peace (holding an olive branch), the same white bird that was sent out by Noah from his Ark, after the great flood.
You’ll also see Hamsas (also known as Evil Eyes) - a traditional good luck charm for both Jews and Arabs - and even a local lottery booth! (Israelis love to play the lotto!)
Besides these murals, Talpiot home to the studio of Dan Groover, who paints both bold street art and bright graffiti.

The First Station and the Artists' Colony

in the Fall of 2019, street artists from around the world gathered in Jerusalem in a ground-breaking new venture - a collaboration set up to paint a series of murals, as part of the city’s Biennalle. In two months, they produced sixteen pieces on-site - nine at the First Station (ha Tachana Rishona) and seven at the Artist’s Colony (Hutzot ha Yotzer).
The First Station is a major center of culture, entertainment and culinary innovations in Jerusalem and the Artist’s Colony is a beautiful lane, close to the Old City’s Jaffa Gate, lined with studios.
Artists in the Bienalle venture included Leonore Mizrahi-Cohen (who left Brooklyn for the Holy Land), Itamar Palogi (an Israeli who lived both in Italy and Germany), Hillel Smith (based in Washington DC) and Judy Tal Kopelman (a native of Jerusalem).
Combining lush colors with Middle Eastern style, there are Jewish themes running through the designs.  Even better, these wonderful, brightly-colored pieces are all staying up permanently, breathing vitality into the area and transforming the spaces... so get down there and take a look for yourself.

Mahane Yehuda is Jerusalem’s biggest market (in Hebrew: shuk).  Loud, colorful, busy and full of life from early morning to late afternoon, it’s the best place to buy fruit and vegetables, Levatine spices, and sweet challah bread (a Friday special).  Sitting with a small cup of thick, black coffee, in one of its many cafes, it’s the perfect place to watch the locals and really soak up some Jerusalem atmosphere.  And at night, the atmosphere is just as busy, with restaurants and bars opening their doors and making it a fun place to grab dinner or a drink.
But there’s something else in the market too - street art. But there is a catch - it’s not visible whilst the market is operational.  Why? Because it’s painted on the shutters of the stands, which are rolled up from morning to night!
So if you’re curious about this recent phenomenon, the best time to wander there is on Shabbat, when the normally-frenetic market is closed.
What you’ll see is a mixture of famous faces - some from the past, others contemporary.  They are the brainchild of Solomon Souza, a British-Israeli artist and former Yeshiva (a religious study center for young men) student.  Armed with spray paint, he begins his craft at night and as dawn breaks, the market shutters hold new and unusual paintings.  They first sprang up in 2015, after Souza and his friend Hahn (who eventually took on the role of producer in this “Shuk Gallery” project) decided to liven up the place and get people thinking about the faces they were painting.
And indeed you do.  Characters as diverse as Mahatma Gandhi (the Indian freedom fighter) and Yehudi Menuhin (the acclaimed violinist) appear close to Rabbi Joshua Heschel (an influential American rabbi) and Hannah Senesh (a Jewish World War II heroine).
Biblical scenes stand next to a painting of Steven Spielberg; Albert Einstein isn’t far from Bob Marley, who’s across from Jonathan Pollard. Over the years, Souza has even begun taking requests from local owners, most of whom are more than happy to have their shutters painted!
And he and Hahn have grand plans - eventually, they hope that the entire market will be awash with their colorful designs, at which point they can give tours of the market and explain in more detail the stories behind the faces.
And if you want to donate, feel free - this is a not-for-profit venture, aimed to bring art to the area and enhance peoples’ experience of a wander through the neighborhood.

Our tip: wander there on Shabbat, when most of the city’s residents are at synagogue, at lunch or having a snooze. And if you’re really taken with his work, hop a plane to Goa, India, where he’s currently transforming local villages!