People are often confused about how and even if Christmas is celebrated in Israel. On the one hand Israel is a Jewish country and on the other hand Israel was the setting for the nativity. Israel is home to the landmarks and locations mentioned in the Bible including those of the first Christmas. Christmas in Israel is a magical and once-in-a-lifetime experience for any Christian traveler. However Christmas celebrations in Israel are different to the ones you may be used to. While Christians celebrate the birth of Christ in December, Jews celebrate Hanukah. Often these two religious holidays coincide and visitors can enjoy the celebrations of both events.

Christmas is not an official national holiday in Israel. You won’t see streets, stores or homes decorated with Christmas decorations unless you visit one of the few Christian communities. The Israeli city with the highest number of Christian residents is Nazareth. Other Christian communities can be found in Jerusalem’s Christian Quarter; in Jaffa; Haifa; Ramla and a small community in Southern Tel Aviv. Only in the large cities will you see Christmas lights. Christians (and all other faiths) are free to worship and express their beliefs in Israel.

Where to Experience Christmas in Israel? 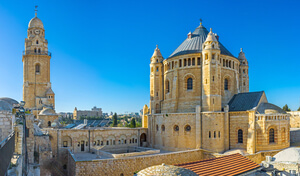 If you are in Jerusalem you will find many churches in the Old City celebrating the holiday. The most important of these churches is the Church of the Holy Sepulchre. Throughout the Christmas season there are special religious services held in the Holy Sepulchre and other Jerusalem churches. Some of the churches present carol singing and concerts. The Christ Church in the Old City holds an annual Christmas concert. The Jerusalem YMCA hosts special Christmas events for the whole family in the week running up to Christmas Day. At the YMCA there are concerts, markets, kids’ activities and workshops. Try to catch the Armenian Christmas procession through the Old City in January (they celebrate Christmas later than most denominations). In the village-like community of Ein Kerem you can also see signs of Christmas. 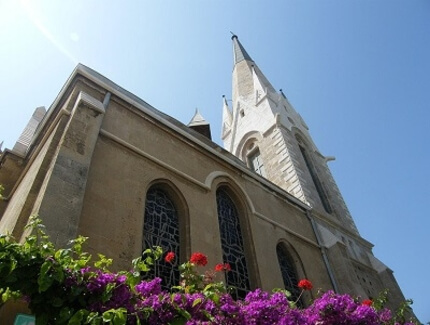 If you want to party on Christmas Eve the place to be is Tel Aviv. Most pubs and nightclubs in Israel hold Christmas Eve parties even though those celebrating are almost all Jewish. As the Israelis say “any reason is a good reason to party…” In Jaffa Christmas is celebrated with a Winter Festival and Christmas Market at the Jaffa Port. A large Christmas tree is erected and you may see firework displays. The market runs from 15th December to 8th January. There are often Christmas parties and events at the Armenian Church of St. Nicholas. There is an ever-growing refugee and immigrant community in South Tel Aviv. Most of these immigrants are Christians and have small but strong church groups.

Haifa is home to Jews, Christians and Muslims. The municipality celebrates the Jewish holiday of Hanukah, the Christian holiday of Christmas and the Muslim holiday of Eid al-Fitr with their Holiday of Holidays events. There is a packed schedule of special events throughout the city celebrating the different cultures and their traditions through art, theatre and music. Holiday of Holidays is held on the weekends in December. The Haifa municipality also decorates the streets with Christmas lights and erects a  Christmas tree in the city center.

The First Christmas in Israel

As most Christians know about 2017 years ago Mary and Joseph made their way from Nazareth in the Galilee to Bethlehem where they had to register for a national census. Mary was pregnant at the time with the future Christ. On arrival in Bethlehem they found all available accommodation full. An inn keeper took pity on them and offered to let them stay in his manger. In those days the manger would have been a cave near the inn where animals were kept. It was here in Bethlehem that Jesus was born on the first Christmas Eve.

Other New Testament locations in Israel include the sites of Jerusalem – the Mount of Olives; the Temple Mount where the Holy Jewish Temple stood; the Via Dolorosa, the route Jesus took bearing his cross to his crucifixion and the site  of his crucifixion and burial. In Northern Israel there are more Christian sites including Nazareth, the Sea of Galilee, Mt. Tabor, Mount of Beatitudes, Capernaum and more. If you spend Christmas 2017 in Israel you can take the opportunity to see these Christian sites as well  as those in Bethlehem.

If you are coming to Israel specifically to experience Christmas “where it happened” then the best thing to do is join an organized tour to Bethlehem. There are organized tours which include sightseeing in Jerusalem on the day before Christmas. In the evening the tour continues from Jerusalem to Bethlehem. On route you will see the setting for Jesus’ parable of the Good Samaritan. As you near Bethlehem your tour guide will point out the fields where shepherds would have watched their sheep all those years ago on the first Christmas Eve. On arrival in Bethlehem you can join Christians from around the world in Manger Square. Alongside the square is the Church of Nativity which encompasses the Holy Grotto believed to have been the “manger.” Inside the church a Midnight Mass is held and in Manger Square the service is shown on large screens. 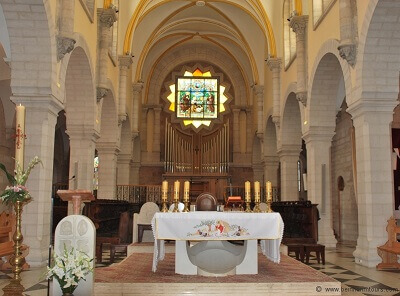 If you would rather tour the sites of Bethlehem, Jerusalem or the Galilee before or after Christmas Eve you can do that too. As Christmas is not an official national holiday in Israel there are organized tours on Christmas Day, Boxing Day and even New Year’s Day. Tours to Christian sites including Bethlehem are held every day of the year except on some Jewish holidays. On a  Bethlehem tour you would see the Holy Grotto in the Church of Nativity; the Church of St. Catherine and the Milk Grotto. Christmas tours to Israel include Jerusalem and take you to all the Christian sites of the city.