A Coin Exhibition at the Davidson Center

Coins have always been, first and foremost, a means of payment, but they have also been used to communicate messages. We also look at coins for the evidence they provide for commercial, religious and cultural relations. The coins that found their way to Jerusalem, are testimonies to the importance of the capital as a cosmopolitan center and focus of pilgrimage. In times of peace, Jerusalem attracted visitors, traders and pilgrims of all religions. In times of war, the political and strategic importance of Jerusalem brought invading and conquering armies into the city. All these visitors also left their mark in the coin finds in Jerusalem, especially from the excavations close to the Temple Mount. 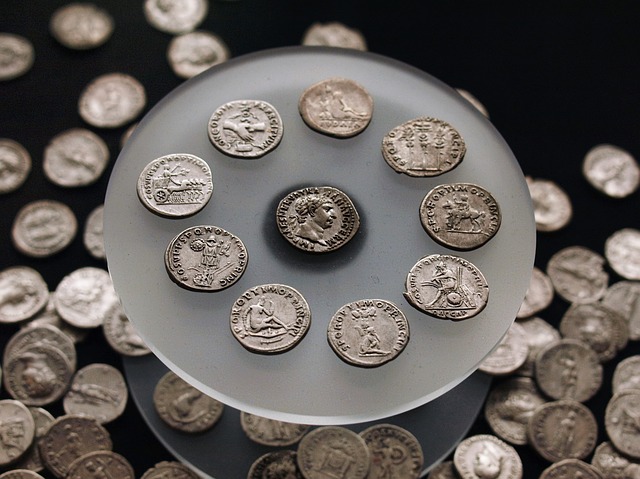 This exhibition focuses on the international character of Jerusalem, and of the Temple Mount in particular, by showing a selection of hoards and isolated coins discovered during the excavations of Prof. Benjamin Mazar between 1968 and 1977. The wide geographic provenance of these coins extends from the Sasanian empire in Persia, Chartres in France and Carthage in North Africa. The coins provide exceptional insight into the relationships between different peoples, the coins they used and the value they placed in those coins.

All the Roads Lead to Jerusalem

During excavations in Jerusalem, and close to the Temple Mount in particular, a large number of coins coming from distant places in the Mediterranean was found. The ten coins exhibited here represent a wide range of mints, periods and materials. Some of the coins are most unusual in our region, such as the silver drachm from Ephesos in Ionia, southwest Turkey; the gold aureus of emperor Tacitus struck in Rome and the bronze follis of the Byzantine emperor Constantine IV minted in Syracuse, Sicily. Other coins, such as Carthage or Ravenna – whose provenance might seem curious – were actually integral part of the coins in circulation during the fifth and sixth centuries CE. Some of the cities mentioned here, such as Constantinople (today Istanbul), Antioch in Syria and Alexandria in Egypt constitute the most common mints from which coins circulated in our region in the Hellenistic through the Byzantine periods. Some of these “foreign” coins also figure in the Jewish tradition. For instance, the silver sheqels and half-sheqels minted in Tyre (in Lebanon), were singled out as the ideal means of payment of the half-sheqel head tax to the Jerusalem Temple.

Eleven Sasanian silver drachms from the hoard are exhibited here. The hoard was discovered within a drainage channel which was part of the central sewage drain of a large public latrine, built in the Roman period and still in use during the Byzantine period. It seems that the owner lost this handful of coins around 535 CE, at the time he was in the public latrine. The coins in the hoard date from the period between governor Peroz (463-484 CE) to the days of king Khusro I (531-535 CE). The coins come from several cities in Iran, among them Shiraz, Kerman, Ray, Hamadan (Echbatana) and Merv. These types of coins are characteristic of the Sasanian rulers in Iran. On one side is the bust of the king and an inscription in Pahlevic; on the other side is an altar flanked by two priests. Depicted is a sacrifice scene, deriving from Zoroastrianism. Sasanian coins minted before the Persian conquest of 614 CE are quite rare finds in Israel. The coins are evidence of the peaceful relations between the Byzantine empire and the Sasanian kingdom during that period.

Three gold Fatimid hoards were discovered in 1968-1969. The hoard exhibited here includes fifty-one gold coins, dinars and quarter-dinars, dated from 982 to 1095 CE. Most of the coins were minted during the last fifteen years of reign of caliph Al-Mustansir (1036-1094 CE). This ruler is known as the one who brought the Fatimid dynasty to its zenith. The high gold content of the coins gives evidence to the dynasty’s prosperous economy. The design on most of the coins is a central “bull’s eye” with three concentric circles of legends around it. The majority of the coins were struck in Egypt and North Africa, in Misr (Cairo, Fustat), Alexandria, al-Mansuriyya and Mahadiyya; a number of coins were struck in Syria-Tripolis, Akko and Tyre. One dinar is not Fatimid but Almoravid, from the city of Sijilmasa in Algeria.
The latest coins in the hoardare dated to year 1095 CE, when Jerusalem was under Seljuk rule. Therefore, it seems likely that the coins were brought to the city when the Fatimids reconquered Jerusalem in 1098 CE. A short time later, in 1099 CE, the city was conquered by the Crusaders. Presumably, coins were hidden in this occasion. The uniformity of the hoard, and the historical circumstances, suggest that this is an emergency hoard, abruptly concealed upon the Crusader’s arrival and never recovered by its owner.

A Hoard of Feudal French Coins and a Papal Bulla 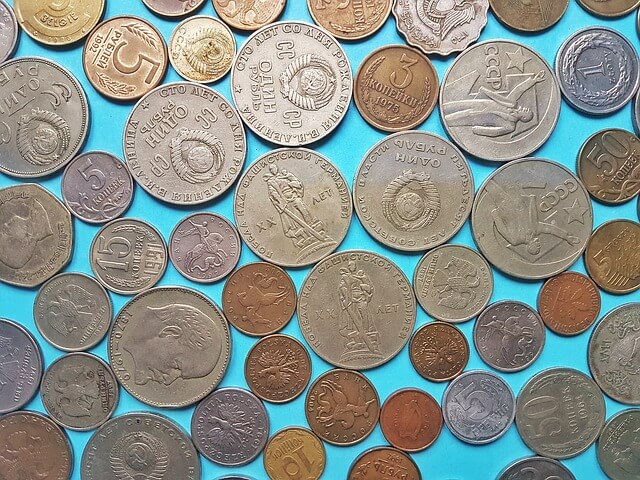 A hoard of French coins and a lead papal bulla dated to the Crusader period were uncovered during the excavations in 1968 and 1971. Both exceptional finds are dated to the twelfth century CE and were found in a sector that was under the control of the Order of the Templars. The hoard was discovered in a drain channel; the bulla within a room surrounded by walls of the Crusader period. The hoard yields seventy-five debased silver thin deniers, seventy-four struck in the city of Chartres, and one minted in Blois. The coins are anonymous, most probably dated to the time of count Thibaut V (1152-1191). All the Chartrain coins belong to the same type, depicting a stylized head of a king on the obverse, and on the reverse a Maltese cross surrounded by the inscription: +CARTIS CIVITAS.
Similar hoards were discovered in France and elsewhere in the Mediterranean, along the routes used by the Crusaders. Due to the chronic lack of local coinage in the Latin Kingdom’s treasure, European currencies flood the East and circulated alongside with the local coins. The uniformity of the hoard suggests that the coins arrived in Jerusalem from Europe already as a single group, most probably belonging to a pilgrim or knight who deposited them for safekeeping with the Templars. The lead bulla, naming Pope Alexander III (1159-1181 CE) was impressed in Rome. Lead bullas were used as official seals on important documents, and were frequently utilized by officials of the Latin Kingdom. While several bullas have been discovered in our region, papal bullas are extremely rare. This is the first bulla of its type ever discovered in an archaeological excavation. The name of the pope is inscribed on one side; the portraits of Saint Peter and Saint Paul, fathers of the Christian church, appear on the other side, together with abbreviations of their names: S(ANCTVS) PA(VLVS) S(ANCTVS) PE(TRVS). The appearance of this bulla in Jerusalem is evidence to the close relations existing between Rome and the Holy City during the tenure of Alexander III. His papacy is characterized by a large number of edicts issued to the Latin Kingdom in general and the Order of the Templars in particular. It seems most likely that the hoard and the bulla were among the possessions which the Templars abandoned when the city of Jerusalem capitulated to Saladin in 1187.