A visit to Ein Kerem, Jerusalem

Ein Kerem is a Jerusalem neighborhood located in the mountains southwest of Jerusalem it has been associated with the biblical village of Beit Hakerem. The neighborhood has a pastoral village atmosphere which is reinforced by the lush vegetation, quaint stone buildings, old-world charm and narrow alleyways. The area has several artist’s galleries and studios; restored historic stone homes; ancient churches; convents and quaint cafes 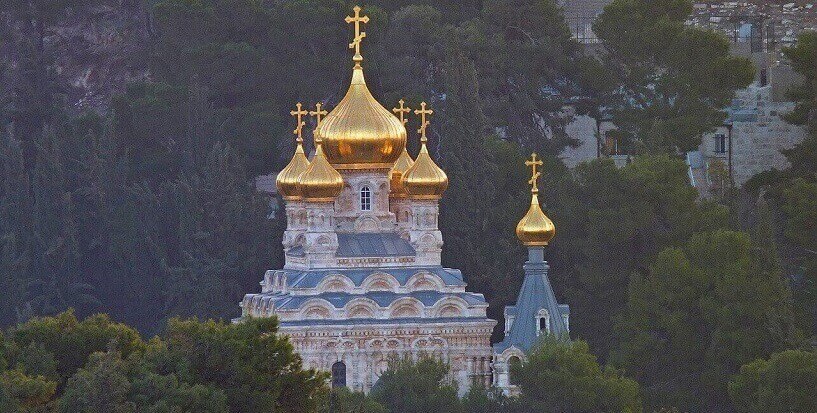 The name “Ein Kerem” means “spring of vineyard” in Hebrew. Archaeological findings have shown that Jews lived in Ein Kerem during the Second Temple Era and Christians believe that it was the birthplace of John the Baptist. In 1948 when Israel was declared a nation the fledgling country chose Ein Kerem as one of the new residential neighborhoods. They were faced with dilapidated buildings, open sewage ran in the streets and there was no water or electricity.

With few other options and realizing that the village of Ein Kerem was after all close to the holy city of Jerusalem the new immigrants settled in the small village and began rebuilding and rejuvenating it. Today the village has been incorporated into the Jerusalem municipality and has become one of the most sort after and prestigious locations. Ein Kerem offers a glimpse into an earlier era when life moved at a slower pace and homes were surrounded by wildflowers, green valleys and open spaces.

The famous Chagall Windows at Hadassah University Medical Center are one of the top Ein Kerem attractions. In 1962 the artist Marc Chagall gifted the series of 12 stained glass windows to the people of Israel; they are located in the hospital’s Abbell synagogue. The windows are full of symbolism and typical Chagall imagery, the artist was particularly inspired by Jacob’s blessings to his 12 sons and Mosses’ blessings to the 12 tribes.

Over the years various sanctuaries have been erected over the site of John the Baptist birth; the Crusaders constructed the Church of St. John the Baptist which was restored by Franciscan monks in the 16th century. Today the ancient church bell tower can be seen rising from the center of the neighborhood. Close to the John the Baptist Church is Mary’s Spring believed to be where Elizabeth (John’s mother) met Mary (Luke 1:39-42); Jesus’ mother. Mary is thought to have spent time in Ein Kerem. Today a mosque marks the location of the spring. Pilgrims can follow the Visitation Path from Mary’s Spring to the Visitation Church.

The Church of the Visitation began as an early Christian shrine, then became a Crusader church, and later a sanctuary was placed here designed by Antonio Barluzzi in 1955. The architect incorporated elements of the earlier structures and the church boasts murals by Vagharini.

Notre Dame de Sion (1861) is located in Ein Kerem; it is a former convent of the Sisters of Zion and has a long and fascinating history. Today the convent is a guesthouse with a unique charm and beautiful surroundings including its lush gardens.

Another landmark in Ein Kerem is the Gorny or Moscovia Convent complex which includes a nunnery, pilgrims hostel and three churches. The Russian Church within the convent complex is located on the southern hill of Ein Kerem and is recognizable by its five onion dome roofs and gold spires.