Things to Do Near the Dead Sea 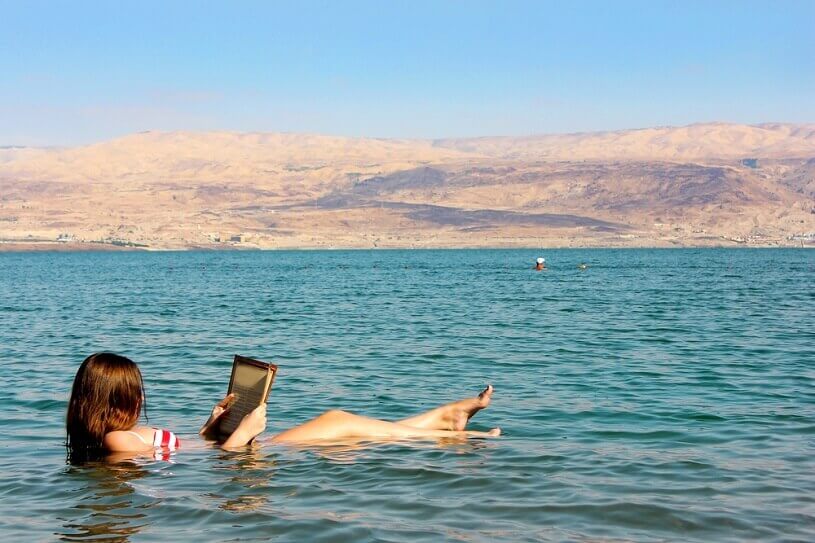 Masada is a rock outcrop or mesa, characterized by steep cliff sides and a flat summit. Masada is just minutes from the shore of the Dead Sea; it rises majestically from a flat plateau in the Judean Desert. Masada is famed as the site of an ancient palace fortress built on the summit by King Herod in about 30 BC. The fort complex included many beautifully constructed buildings consisted of palaces, a bathhouse, dovecote, store rooms and more. Many of the fortress structures have been excavated and thanks to the remote location and dry climate they have survived well. Visitors come to Masada and take a cable car to the summit to tour the ancient remains of Herod’s fortress. Alternatively visitors can climb the steep side of Masada along the Snake Path.
Masada has a second claim to fame. About a hundred years after King Herod built his fortress Masada was the site of the final Jewish holdout against the Romans in the First Jewish-Roman War (66-73 AD). A group of Jews retreated to the summit of Masada and remained there held under siege by the Romans. When the Romans eventually reached the summit they found that the Jews had chosen to take their own lives rather than be captured and enslaved. This historic event has made Masada a symbol of Jewish dedication to freedom and a refusal to relinquish national independence. 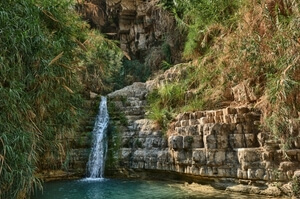 This beautiful oasis not far from the shore of the  Dead Sea covers 14000 dunam. The nature reserve has lush vegetation and four spring-fed streams as well as Instagram-worthy waterfalls. Ein Gedi is a sanctuary for birds and animals like the rock hyrax and Nubian ibex. It is also home to plants and trees from various environments including Sodom applerees,  jujube and poplar trees. Visitor can walk along several paths and hike routes and even take a dip in the streams. One of the most popular hike routes is along the Arugot Stream where there is a wet and a dry route. Both routes take about 2-3 hours and end at a beautiful waterfall. Not far from the nature reserve is Kibbutz Ein Gedi. Here you can find botanical gardens, archaeological excavations, accommodation and the Ein Gedi Eco Park. 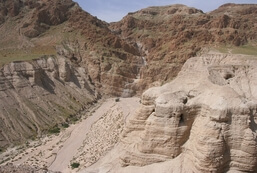 Qumran is best known as the place where the Dead Sea Scrolls were discovered. These ancient scrolls bearing the earliest copies of Biblical texts were found in eleven caves close to Qumran. Visitors can see the caves but the scrolls themselves are housed in the Shrine of the Book at the Israel Museum. Qumran is also an archaeological site where remains were found from the Hellenistic period (c.134-104 BC).  Later the ancient settlement was destroyed by Romans in 68 AD. Visitors can view the excavated settlement within the Qumran National Park.

Along the Dead Sea shore you will see many solidified salt rock formations. The most famous of these is called “Lot’s Wife.” Lot’s Wife is a pillar of salt near Mount Sodom. It is named after a character. From the Biblical story of Sodom as told in Genesis 19. The city of Sodom was rife with sin; God sent his angels to destroy the city but Lot was given a chance to escape with his family. The only condition was that they flee and don’t look back. Lot’s wife disregarded this command and as they left Sodom she looked back at the city. Instantly she turned into a pillar of Salt. 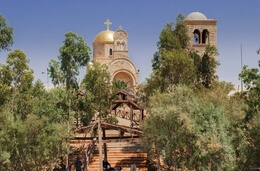 Qasr al Yahud (Castle of the Jews) is a baptismal site on the Jordan River in the Palestine Authority Area of the West Bank north of the Dead Sea. This is the traditional site where John baptized Jesus. It is also thought to be where the Israelites crossed the Jordan into the Promised Land. The site has been made accessible to visitors and it is possible to be baptized here in the same place just as Jesus was so many years ago.