The #1 Museum in Israel

The Israel Museum in Jerusalem is without doubt the best museum in Israel. If you visit just one museum while in Israel it should be this one. Israel has many fascinating museums covering a broad spectrum of subjects but the Israel Museum is in a league of its own. In addition to the overwhelming permanent collections the museum is constantly hosting temporary exhibitions and holding workshops, special events, performances and activities. 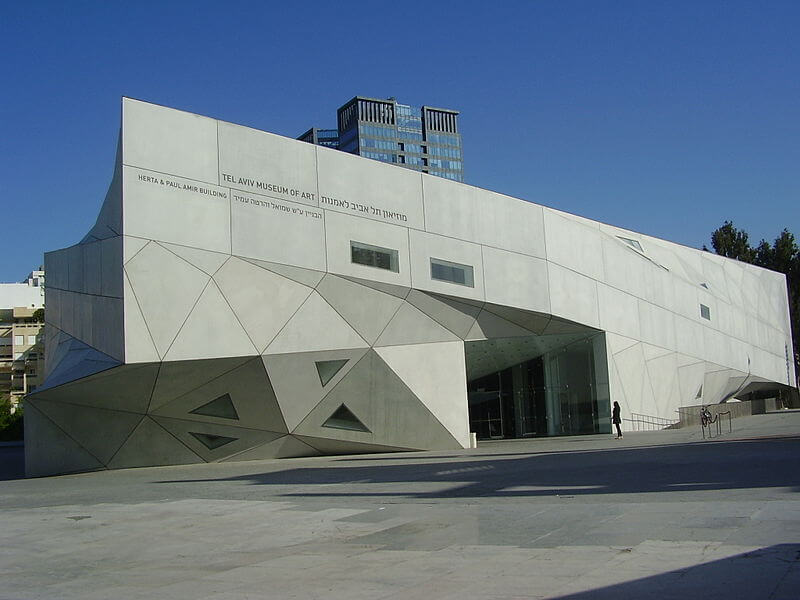 The museum is divided into three main sections – Jewish Art and Life; Archaeology and Fine Art. The wings are accessible via a new gallery entrance pavilion. Visitors can move intuitively through the collections following the timeline of human history and culture from prehistory to contemporary. Each of these sections is subdivided into many other areas.

In this wing of the museum you can see artifacts from Jewish communities across the globe and throughout history from the Middle Ages to present day. The aim of this section of the museum is to give insight into Jewish life, both its sacred and secular aspects. There are five themed areas and includes a Synagogue Route where the interiors of historic synagogues from Asia, Europe and the Americas have been relocated. There are also items which teach of the Jewish life cycle through the ritual ceremonies of birth, marriage and death. There is a collection of rate illuminated manuscripts and contemporary art and judaica.

This wing focuses on the ancient Land of Israel and the people of different faiths and cultures which have inhabited the land. The displays are exhibited chronologically in seven “chapters” from prehistory to the Ottoman era. Historical events, cultural achievements and technological advances are highlighted. There are also thematically grouped exhibits which focus on unique aspects of the region and the cultures of Israel’s neighbors.

Visitors can see a wide range of art in this wing of the Israel Museum. The museum’s collection is interdisciplinary and encompasses works from across the globe and through the ages. Sections in this wing include European Art, Contemporary Art, Oceania, the Americas, Modern Art, Israeli Art, Photography, Architecture, Drawings, Prints, Arts of Africa and Asian Art.  There are art installations which represent different themes and common threads in human culture.

The Ruth Youth Wing is the heart of cultural education programs at the museum. It has many interactive displays and activities for kids. This wing is bright and exciting in order to entice young visitors and spark interest in art and culture. The Youth Wing is a magical place where kids can find artistic stimulation.

Shrine of the Book

A visit to the Israel Museum is not complete without seeing the Shrine of the Book, a unique white dome-shaped building which holds the Dead Sea Scrolls – the oldest Judo-Christian texts in existence. Also within the Shrine of the Book is the 10th century Aleppo Codex, the oldest complete Bible in existence. The scrolls were discovered by chance in caves in Qumran, close to the Dead Sea. The building itself is an architectural wonder. The white dome shrine covers a structure which sits two thirds beneath the ground and is surrounded by a reflecting pool. A black basalt wall stands across from the dome. The white of the dome and the black of the wall represents the imagery found in the Scroll of the War of the Sons of Light Against the Sons of Darkness. The white dome is also an abstract representation of lids which covered the clay jars which held the scrolls in the caves.

At the museum there is a 50:1 scale model which covers an acre and recreates ancient Jerusalem as it would have appeared in 66AD at the height of Roman rule in the Holy Land and during the Second Temple Era. At the time, just prior to the Great Jewish Revolt which led to the destruction of the Temple, Jerusalem was home to 50,000-80,000.

One of the most magical places on the museum grounds is this picturesque garden. It was designed by Isamu Noguchi in the spirit of a traditional Japanese Zen garden. There are many architectural features including gravel covered ground, crescent-shaped sections, exposed concrete and water features. The garden is the setting for sculptures by 19th -20th century artists including Auguste Rodin, Henry Moore, Emile-Antoine Bourdelle, Pablo Picasso and James Turrell among others.