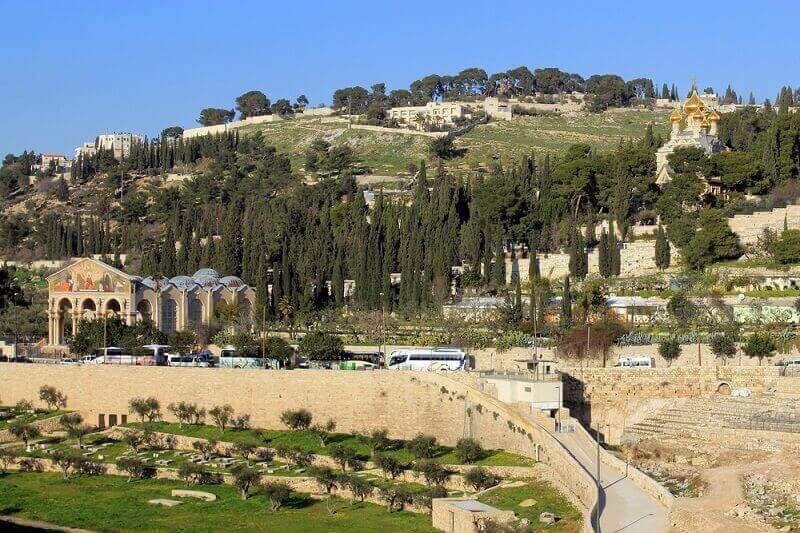 It is actually not a single mount but rather a ridge with three peaks. The mount holds an important place in Christian and Jewish traditions and it was the site of several events in the New Testament.
The Mount of Olives has been the site of a Jewish cemetery for thousands of years and today is said to have more than 1,500 graves. Jewish tradition holds that when the Messiah arrives it will be here on the mount and he will resurrect the dead on Judgment Day. Thus the desirable location of graves on the slopes of the Mount of Olives. Also being just across the valley from the Temple Mount, the holiest Jewish site in Jerusalem the cemetery is the holiest place to be laid to rest. Jews continue to be buried here and the ancient and more recent graves are each photographed and recorded digitally for prosperity.

Christian Pilgrimage Sites on the Mount of Olives

The Mount of Olives has more than six churches on its summit and slopes; some of which are positioned to mark the sites of events which took place in the Bible.
Church of all National (Basilica of the Agony) in the garden of gethsemane – This church holds a part of the bedrock believed to have been where Jesus knelt to pray on the night of his arrest. The church construction was paid for by several different countries which are remembered by their coat-of-arms worked into the glass decoration of the ceiling’s small domes. The most beautiful feature of the church is its stunning mosaic on the façade pediment supported by Corinthian columns. 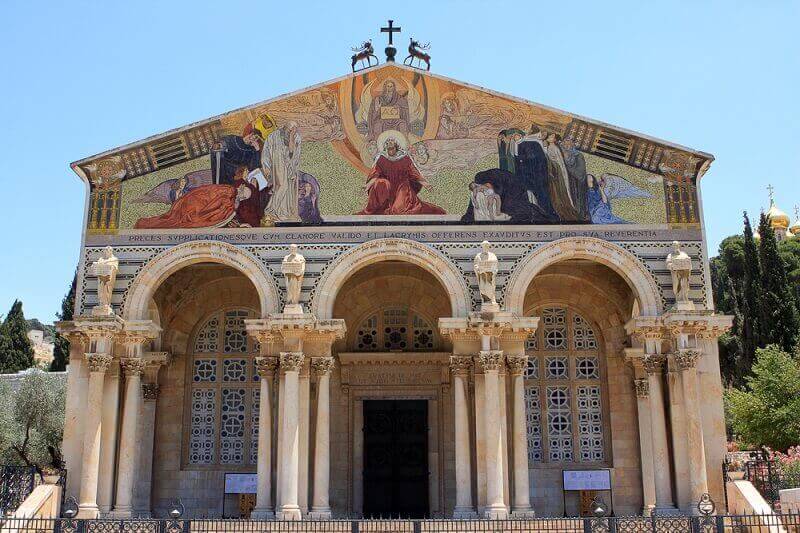 Paster Noster Church – This church marks the traditional spot where Jesus taught his disciples the Lord’s Prayer. The cloister is adorned with plaques bearing the Lord’s Prayer in more than 100 languages.
Dominus Flevit Church (The Lord Wept) – This is where Jesus stood overlooking the Old City and wept as he foresaw the city’s destruction. The structure is shaped like a tear and there is a large window looking out towards the Old City so you can enjoy (almost) the same view Jesus would have seen.
Gethsemane – The well known garden mentioned in the New Testament where Jesus came to pray on the Night of the Last Supper and where he was betrayed and then arrested on the night before his crucifixion. 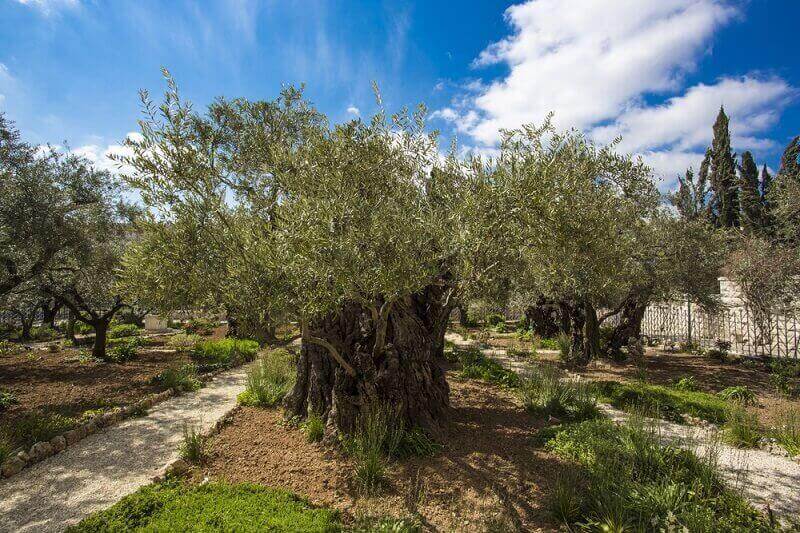 Church of the Holy Ascension – The Dome of the Ascension was converted into a mosque by Saladin in 1187 but it still holds a slab of stone which bears Jesus’ footprint from when he ascended to heaven.
Church of Maria Magdalene – A Russian Orthodox Church recognizable by its gold-colored onion domes. The church was built in 1888 and holds a beautiful mosaic depicting Mary Magdalene gifting an egg to Emperor Tiberius. Legend has it that the egg turned red as a symbol of Jesus’ blood when she handed it over to the Emperor. 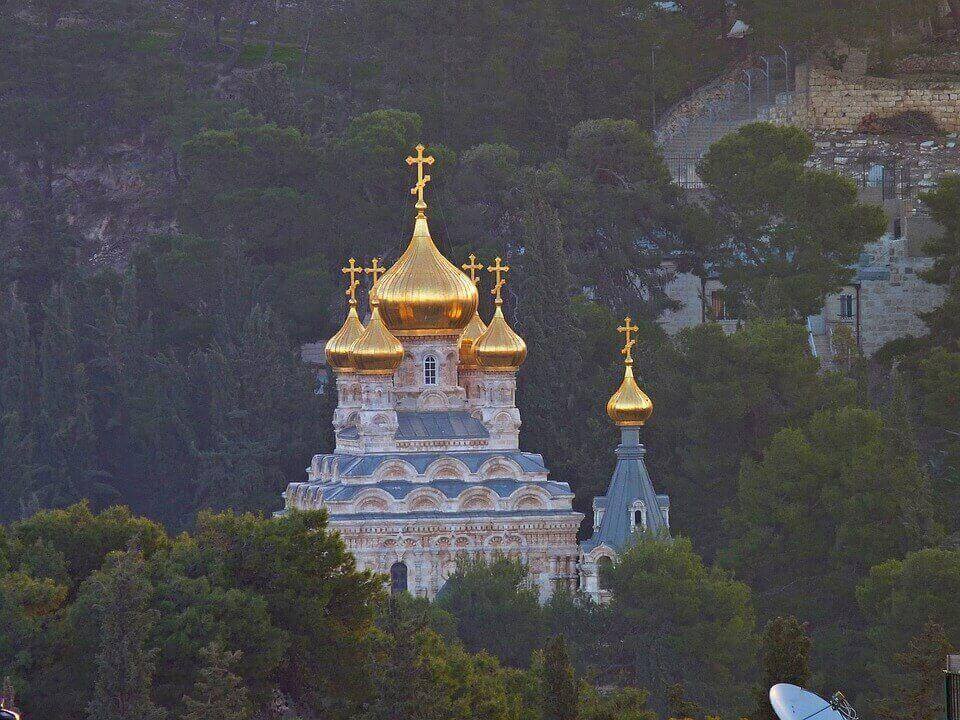 The Mount of Olives – Where, When, How