Jerusalem’s latest attraction is the Friends of Zion Museum which highlights the little known story of the role Christians played in the return of the Jewish people to their homeland, Israel. The museum focuses on the role of supporters of Israel of all faiths from around the world and throughout history. The museum tells the story of how the dream to restore the Jewish people to their historic homeland became a reality and the non-Jews who helped the Jews realize this dream. Throughout history Christian Zionists have supported the Jews in returning to their homeland sometimes through personal sacrifice. This museum shows visitors the historic moments, courageous people and significant events which have led to the establishment of the State of Israel supported by Christians. The museum uses technologically advanced interactive methods to tell its story with bold, bright and engaging displays. 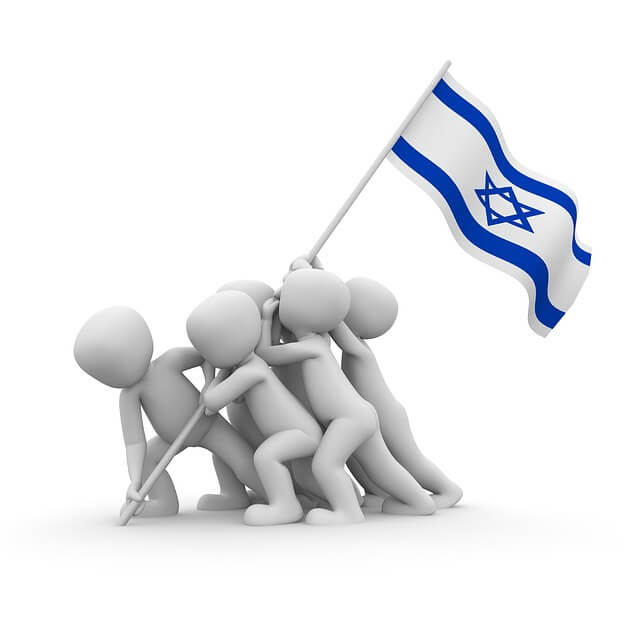 Visitors go through several exhibition halls each focused on different aspect of Zionism. You begin with the Land of the Promise exhibit where there is a 12 meter long topographic floor map showing the layout of the land inhabited by the twelve tribes of Israel plus the main Biblical towns. The room darkens and the walls come alive with images of modern-day Israel and aerial views of the country as a beam of light traces the aerial tour of the country on the floor map relating what we see on the screen to the Biblical-era landscape of the map.

Visitors take a Time Elevator through a sound and light show up to the upper floor and the Founders Theatre where a huge wraparound screen shows the story of the covenant made between the people of Israel and God using animation, light effects, music and narration. We meet Abraham, Isaac, Jacob and the Prophet Ezekiel all promised the Land of Israel.

The Hall of Dreamers features Professor George Bush (1796-1859), William Blackstone, the Ten Boom family and John Henry Dunant all gentiles who believed in the ancient prophecies promising Israel to the Jews. This section of the museum highlights the efforts of these leading Christian Zionists in supporting the Jewish dream.

In the Hall of Visionaries we see a huge colorful mural created with hand-painted images transformed using advanced technology and incorporating motion and text upon touch. Visitors can touch the mural images of 11 heroes of Christian Zionism which triggers animation of the figure and text appears explaining a little of the heroes contribution to the Zionist efforts. The mural also incorporates Biblical quotes speaking of the Jewish connection to the Land of Israel. Figures that played a significant role in Christian Zionism include Churchill, Queen Victoria and President Woodrow Wilson. In this exhibition hall there are also screens showing original black and white footage of the early Jewish settlers in Israel.

In the Light in the Darkness hall we learn of the deeds of the righteous among the nations, gentiles who saved the lives of Jews during the Holocaust. The images and animations tell the story of Christian personalities in Germany, Sweden, Japan and other country who exercised extraordinary bravery and endangered their own lives to save Jews during the Holocaust. The images of war, terror and those who could not stand by idly and watch the Jews be persecuted are brought to live in these images.

In the Living Figures gallery visitors can walk right up to the images of heroes and the animated image begins talking “personally” to the visitors telling of his involvement with the people of Israel. This technique uses live actors reenacting the heroes’ stories as well as archive footage. Playing in the background is the actual recording of the vote in the UN which approved the partition plan in 1947 creating Jewish and Arab states in the Land of Israel.

In the last section of the museum, the Promise Theatre visitors put on 3D glasses to see a presentation of many personalities from past and present who have worked towards the dreams of Zionism.

Visiting the FOZ Museum is only with a museum guide and visits must be booked in advance online, by email or by phone. The tour is offered in 15 languages and lasts one hour. The museum is recommended for those over 7 years old. The museum is housed in one of the first seven homes built outside the Old City walls back in 1869. The house has been fully restored and now houses the museum and a beautiful café which is open to visitors to the museum and the general public. The FOZ Café is open six days a week and serves kosher dairy cuisine.
Where: 20 Yosef Rivlin Street, Jerusalem
Open Hours: Sunday to Thursday 9:30am-6pm; Friday 9:30am-2pm and Saturday 10am-6pm.
Admission: Adults 44ILS; children (7yrs-18yrs) 33ILS; students and Jerusalem residents 33ILS; seniors, soldiers, handicapped, school groups 22ILS.
Contact: 972 (0)2 532 9400