Jerusalem holds many marvelous sights; from history to scenery, from the architectural wonders to the bustling markets, there are many ways to enjoy and explore this one-of-a-kind city. Because Jerusalem is so rich with things to see and do, a day visit is often not enough to absorb all that it can offer. This makes Jerusalem a prime spot for tour packages in Israel, which spread the Jerusalem experience over the length of a few days and makes sure that the traveler sees all that he or she has to see of this truly amazing city.

Bein Harim Tours offers many such packages in varying time lengths, which enables travelers to optimize their exposure to the city and match it with their own timetables. From two-day tours of the classical sights to five-day tours focusing on the Jewish or Christian heritage sites in the city, Beinharim Tours’ Israel tour packages have something for everyone. So what are some of the most magnificent sights you could only hope to see on a prolonged tour package? Read on to find out.

The Cardo: The Roman Main Street in the Heart of the Ancient City

In roughly four thousand years of existence Jerusalem was conquered many different times by many different nations, amongst which were the Romans who had control over the city from -63 B.C. to 324 A.C., and who had an important part in both Jewish and Christian history. The Romans were well known for installing their unique brand of architecture in their colonies, and Jerusalem was no exception. Of course, today one sees very little Roman contribution either in the old or new parts of the city; but if one knows where to look, one could still see their historic footprints in the city that never forgets. One of these incredible hidden wonders is the Roman Cardo, the main street of Jerusalem during the Roman and Byzantine periods, which was in part excavated and stands today as it would have more than two thousand years ago. Since many visits to the ancient city tend to focus on the stories of still functioning cultures, the Roman part of Jerusalem’s history is something which most visitors ignore. During a tour package, however, this is exactly the sort of sight which brings an unexpected side of the city to light, which is exactly what a good tour should do.

Walking in Jesus’ footsteps on the Via Dolorosa 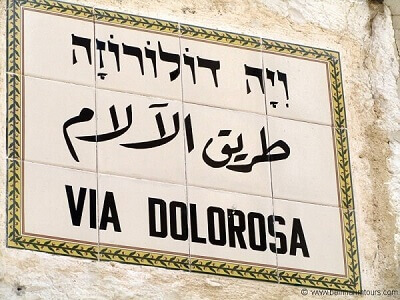 Today, the Ancient City is an active market full of lively smells, colors and sounds. It is hard to imagine the time when people walked through these streets with crosses over their backs, yet not only did this happen but even Neil Armstrong’s first steps on the moon could not match in importance those made by Jesus on the Via Dolorosa, the path of suffering in the ancient city, to Golgotha, the site of crucifixion. While the journey itself is not very long (without dragging a cross on your back, that is), it gives the perfect setting to relate the story of one of the most influential figures in human culture, and having the length of time to visit all the relevant stops along the way boosts the experience and the immersion to another level.In every major city, many of the best parts are kept from the eyes of casual viewers. BeinHarim Tours designed the Jerusalem Pearls tour packages to make sure that you can see them.

For more Information about day tours in Jerusalem, check out these amazing Jerusalem day tours by Beinharim Tours at the following link: